Question. Which one is correct ?
A. Diploblastic : porifera, coelenterates
B. Triploblastic : platyhelminthes to chordates
C. Acoelomate : porifera, coelenterates, platyhelminthes
D. Pseudocoelomata: aschelminthes
E. Eucoelomata: Annelids to chordates
Options :
(a) All are false
(b) All are correct
(c) A, B, E are correct
(d) only D is correct

Question. Water exits from sponges through the
(a) Osculum
(b) Ostia
(c) Spicules
(d) Choanocytes

Question. Sponges show
(a) Intracellular digestion
(b) A skeleton made up of spicules or sponge fibre
(c) Asexual reproduction by fragmentation
(d) All

Question. Which of the following is not a characteristic of coelenterates?
(a) A central gastrovascular cavity with single opening, hypostome
(b) They are mostly marine, sessile or free living, radially symmetrical
(c) Show cellular level organisation
(d) Show tissue level organisation

Question. Some cnidarians like corals have an exoskeleton composed of
(a) Silicon
(b) CaCO3
(c) Chitine
(d) Protien

Question. Medusa is umbrella shaped free swimming. It is seen in?
(a) Hydra
(b) Adamsia
(c) Both (a) and (b)
(d) Aurelia

Question. Which of the following is an incorrect match?
(a) Portuguese man of war-physalia
(b) Pennatula – sea pen
(c) Gorgonia – sea fan
(d) Hydra – sea cucumber

Question. Select the correct one for ctenophora
(a) They have similarities with cnidaria
(b) They have 8 external rows of ciliated comb plates for locomotion
(c) Bioluminescence
(d) All

Question. Pleurobrachia and ctenoplana are
(a) Sponges
(b) Ctenophores
(c) flatworms
(d) Round worms

Question. Which of the following is not a characteristic of platyhelminthes?
(a) Triploblastic
(b) Acoelomate
(c) Bilateral symmetry
(d) Mostly ectoparasites

Question. Animals like annelids, arthropods, etc. where the body can be divided into identical left and right halves in only one plane, exhibit___________symmetry.
(a) radial
(b) bilateral
(c) asymmetrical
(d) non- symmetrical

Question. __________ is responsible for maintaining the current of water in sponge.
(a) Osculum
(b) Porocytes
(c) Spongocoel
(d) Choanocytes

Question. Which of the following belong to phylum arthropoda?
(a) Bombyx and Apis
(b) Laccifer and Anopheles
(c) Locusta and Limulus
(d) All of the above

Question. A file like rasping organ for feeding, called radula, present in the phylum __________.
(a) arthropoda
(b) mollusca
(c) echinodermata
(d) chordata

Question. Which of the following is not a chordate character?
(a) Presence of paired pharyngeal gill slits
(b) Ventral heart
(c) Solid and ventral nerve cord
(d) Presence of post-anal tail

Question. Which of the following possesses poison sting and belongs to class chondrichthyes?
(a) Labeo
(b) Myxine
(c) Clarias
(d) Trygon

Question. In amphibians, respiration occurs through
(a) gills
(b) lungs
(c) skin
(d) all of these

Question. Which of the following is a chordate feature and not shared by the non-chordates ?
(a) Metamerism
(b) Axial organization
(c) Bilateral symmetry
(d) Pharyngeal gill slits

Question. Which of the following statements (i – v) are incorrect ?
(i) Circulatory system in arthropods is of closed type.
(ii) Parapodia in annelids helps in swimming.
(iii) Phylum mollusca is the second largest animal phylum.
(iv) Aschelminthes are dioecious.
(a) (i) only
(b) (iii) only
(c) (i) and (iii)
(d) (iii) and (iv)

Question. Which of the following statements (i – v) are correct ?
(i) The pelvic fins of female sharks bear claspers.
(ii) In Obelia, polyps produce medusae sexually and medusae form the polyps asexually.
(iii) Flame cells in platyhelminthes help in osmoregulation and excretion.
(iv) In non-chordates, central nervous system is ventral, solid and double.
(v) Pinnae are present in mammals.
(a) (ii), (iv) and (v)
(b) (i), (iii) and (v)
(c) (iii), (iv) and (v)
(d) (i), (ii) and (iii)

Question. Read the following statements and answer the question.
(i) They are exclusively marine, radially symmetrical, diploblastic organisms with tissue level of
organisation.
(ii) Body bears eight external rows of ciliated comb plates, which help in locomotion.
(iii) Digestion is both extracellular and intracellular.
(iv) Reproduction takes place only by sexual means.
Which of the following phylum is being described by above statements?
(a) Platyhelminthes
(b) Arthropoda
(c) Mollusca
(d) Ctenophora

Question. The following statement are associated with the occurrence of notochord. Identify the incorrect statement.
(a) It is present only in larval tail in ascidians.
(b) It is replaced by a vertebral column in adult frog.
(c) It is absent throughout the life in humans from the very beginning.
(d) It is present throughout life in Amphioxus.

Question. Which of the following statements is incorrect ?
(a) Prawn has two pairs of antennae.
(b) Nematocysts are characteristic feature of the phylum cnidaria.
(c) Millipedes have two pairs of appendages in each segment of the body.
(d) Animals that belong to phylum porifera are exclusively marine.

Question. Which one of the following categories of animals is correctly described with no single exception in it?
(a) In chondrichthyes notochord is persistent throughout life.
(b) All mammals are viviparous and possess diaphragm for breathing.
(c) All sponges are marine.
(d) All reptiles possess scales, have a three chambered heart and are cold blooded (poikilothermal).

Question. Which of the following is not a characteristic of phylum echinodermata ?
(a) They have a water vascular system.
(b) They have an internal skeleton.
(c) They are protostomes.
(d) They have bilateral symmetry at larval stage.

Question. Which of the following statement(s) is/are correct?
(i) Animals in which the cells are arranged in two embryonic layers, an external ectoderm and an internal endoderm, are called diploblastic animals.
(ii) Notochord is an ectodermally derived rod like structure formed on the ventral side during embryonic development in some animals.
(iii) In some animals, the body cavity is not lined by mesoderm, instead, the mesoderm is present as
scattered pouches in between the ectoderm and endoderm and such a body cavity is called pseudocoelom.
(a) Only (i)
(b) Both (i) and (ii)
(c) Both (i) and (iii)
(d) All of these

Question. Which of the following statement(s) is/are correct regarding phylum aschelminthes?
(i) The body is circular in cross-section hence the name roundworms.
(ii) Alimentary canal is complete with a well-developed muscular pharynx.
(iii) Sexes are separate (dioecious), i.e., males and females are distinct.
(iv) Nephridia help in osmoregulation and excretion.
(a) (i) and (ii)
(b) (iii) and (iv)
(c) (i), (ii) and (iii)
(d) All of these

Question. Which of the following class is being correctly described by given statements (i – iv)?
(i) All living members of this class are ectoparasites on some fishes.
(ii) They have a sucking and circular mouth without jaws.
(iii) Circulation is of closed type.
(iv) They are marine but migrate for spawning to fresh water. After spawing, within a few days they die.
(a) Cyclostomata
(b) Chondrichthyes
(c) Osteichthyes
(d) Amphibia

Question. Which of the following statement(s) is/are correct for class amphibia?
(i) Body is divisible into head and trunk.
(ii) Respiration is through gills only.
(iii) The heart is two chambered i.e. one auricle and one ventricle.
(iv) Fertilization is internal.
(a) Only (i)
(b) Only (iv)
(c) (i), (ii) and (iii)
(d) All of these

Question. Refer the following statement and answer the question.
‘Name of “X” is derived from stinging capsules. It exhibits metagenesis containing two body forms in which sessile and cylindrical form is called “Y” and umbrella shaped and free swimming is called “Z”.
Identify X, Y, and Z.

Question. Assertion : Torison can be seen in ctendium.
Reason : Ctenidium acts as the respiratory organ.

Question. Assertion : Sponges have body organization of “cellular level”.
Reason : There is some physiological division of labour.

Question. In which one of the following the genus name, its two characters and phylum are not correctly matched ?

Question. Which one of the following groups of animals is correctly matched with its characteristic feature without even a single exception ?
(a) Reptilia : possess 3 – chambered heart with one incompletely divided ventricle.
(b) Chordata : Possess a mouth provided with an upper and lower jaw.
(c) Chondrichthyes : Possess cartilaginous endoskeleton.
(d) Mammalia : Give birth to young one. 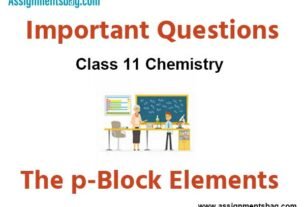