Question. Name the country which follows ‘coming together’ style of federalism.
Ans : USA, Switzerland and Australia.

Question. How do the Central and State Governments enjoy their power in federal system?
Ans : Under the unitary system, either there is only one level of government or the subunits are subordinate to the central government whereas in federal system, power is distributed between centre and state.

Question. What status has been given to Hindi by the Constitution of India?
Ans : Official language of the country.

Question. Which local body has a ‘Mayor’ as its head?
Ans : Municipal Corporation

Question. In which list of the Indian Constitution does education come? Why?
Ans : Education comes under concurrent list so that both the centre and the states can legislate on any aspect of education.

Question. Which subjects are included in the Union List?
Ans : Defence of the nation, foreign affairs, banking, currency, communication.

Question. Do you take decentralisation as means to minimise the conflicts? Give your view point?
Ans : Yes, it helps in the settlement of a large number of problems and issues at the local level. It provides a platform for the direct participation of people in decision making. In another way, decentralisation in the form of‘Local Self government’ is the best way to realise principles of Democracy.

Question. “India has a large cultural, regional and religious diversity. But there is unity among people”. What factors are responsible for this? Elaborate.
Ans : a. Right to equality.
b. No discrimination on the basis of caste, creed, region or religion.
c. SCs & STs have some seats reserved and do get representation.
d. Right to freedom of religion and cultural and educational rights.

Question. What are the three lists given in the Constitution?
or
Describe the three-fold distribution of legislative power between the Union Government and State Governments of India.
Ans : The three-fold distribution of legislative powers:
a. Union list: Union lists consist of 97 subjects. It includes subjects of national importance such as defence of the country, foreign affairs, banking, communication and currency.
b. State list: State list consists of 66 subjects. It contains subjects of state and local importance such as police, trade, commerce, agriculture and irrigation.
c. Concurrent list: Concurrent list consist of 47 subjects It includes subjects of common interest to both such as education, forest, trade unions, marriage, adoption and succession.

Question. How has the Panchayati Raj strengthened the democracy in India ? Express your views.
Ans : Panchayati Raj is the best example of decentralisation of power.
a. People can get most of their problems solved at the local level.
b. People can think and plan for themselves.

Question. Do you take decentralisation as means to minimise the conflicts?
or
Describe the significance of decentralisation.
Ans : Importance of Decentralisation
a. It helps in the settlement of a large number of problems and issues at the local level
b. It provides a platform for the direct participation of people in decision-making
c. In another way, decentralization in the form of ‘local self government’ is the best way to realise principles of Democracy.

Question. Highlight any three steps taken by India towards making it a federation.
Ans : a. Reorganisation of states on linguistic basis.
b. Centre-state relations
c. Decentralisation or any other relevant point.

Question. Highlight three major distinctions between the federations of ‘coming together’ type and ‘holding together’ type.
Ans : Holding Together Federation:
a. Large country decides to divide its power between states and the centre.
b. Central government tends to be more powerful.
c. Federating units have unequal power.
d. India, Spain, Belgium.
Coming Together Federation :
a. Independent states coming together on their own to form a bigger unit.
b. All the states have equal power and are strong.
c. By pooling sovereignty and retaining identity; they increase their security.
d. U.S.A., Switzerland, Australia.

Question. Describe any three provisions of amendment made in Indian constitution in 1992 for making. ‘Three-Tier’ government more effective and powerful.
Ans : a. Now it is constitutionally mandatory to hold regular elections to local government bodies.
b. Seats are reserved in the elected bodies and the executive heads of these institutions for the Scheduled Castes, Scheduled Tribes and Other Backward Classes.
c. At least one-third of all positions are reserved for women.
d. An independent institution called the State Election Commission has been created in each state to conduct panchayat and municipal elections.
e. The state governments are required to share some powers and revenue with local government bodies.

Question. Differentiate between Gram Sabha and Gram Panchayat.
Ans : Gram Panchayat is a council consisting of several ward members often called panch and a head or Sarpanch.
It is the decision making body for the village. The Panchayat works under the overall supervision of the gram sabha. All the voters in the village are its members.

Question. Describe the three-tier system of Indian federation?
Ans : Three-tier system means three levels of government. The Indian Constitution was originally provided for a two-tier system of government:
a. The Union Government or the Central Government, and
b. The State Governments
c. But, later a third-tier of federalism was added in the form of Panchayats at rural level and Municipalities at urban level. Every level enjoys separate jurisdiction.

Question. Explain the factors that make federal government in India so attractive.
Ans : a. Mobilization
b. Administrative knowledge of the people at all the levels.
c. Efficacy to solve all kinds of issues at respective levels.

Question. “Holding together federations” do not give equal power to its constituent units.’ Explain the statement with the help of examples in context to India.
Ans : a. All states in the Indian Union do not have identical powers. For example, Jammu and Kashmir enjoys
a special status and has its own constitution.
b. Many provisions of the Indian Constitution do not apply here.
c. Indians who are not the permanent residents of Jammu and Kashmir cannot buy land or house there.
d. Smaller units called Union Territories do not have the powers of a state. The Central Government has special powers in running these areas.

Question. Explain any five provisions of the Constitutional Amendment of 1992 that strengthened the third tier of government in India.
Ans : The Constitution was amended in 1992 to make the third tier of democracy more powerful and effective.
a. Now it is mandatory to hold regular elections to local government bodies.
b. Seats are reserved in the elected bodies and the executive heads of these institutions for SC, ST and OBCs.
c. At least 1/3rd of all positions and seats are reserved for women.
d. An independent institution called State Election Commission has been created in each state to conduct panchayat and municipal elections.
e. The State Governments are required to share some powers and revenue with local government bodies. The nature of sharing varies from state to state.

Question. Why has federalism succeeded in India? Which were the policies adopted by India that ensured this success? Explain.
Ans : Federalism has succeeded in India due to the nature of democratic policies in our country. The policies adopted by India for smooth functioning of a federal structure:
Linguistic States: After independence, the boundaries of several old states were changed in order to create new states. The creation of linguistic states was the first and a major test for democratic politics in our country.
Language Policy: The second test for the Indian federation is the language policy, The Indian constitution did not give the status of national language to any one of the language.
Centre-State Relations: Restructuring the centre-state relations is one more way in which federalism has been strengthened in practice.
Decentralisation of Power: Power in India has been decentralised to the local government. The local government includes Panchayats in villages and municipalities in urban areas.

Question. Explain any five features of Panchayati Raj system in India.
Ans : Rural local government is known as Panch ay ati Raj.
a. PRI is rural-based.
b. Each village has Gram Panchayat.
c. It has Panchs and a Sarpanch.
d. He/She is directly elected by the adult population living in the village.
e. Panchayat works under the Gram Sabha.
f. All the voters meet at least twice or thrice in a year.
g. Few gram panchayats form Panchayat Samiti or Block or Mandal.

Question. Explain any five advantages of decentralization of power.
or
Analyse the advantages of decentralization.
Ans : Advantages of Decentralisation:
a. Sharing of power between centre and states and local government reduces conflict.
b. Large number of problems and issues can be best settled at local level. People have better knowledge of problems in their localities.
c. People have better knowledge of their own problems.
d. They know better on where to spend money and how to manage things efficiently.
e. People at the local level can participate directly in decision making.

Question. What challenges did centre-state relations in India face before the 1990’s? Why is power sharing between centre and state more effective today?
or
Describe the centre-state relations in Indian Federalism.
or
How have the centre-state relations been restructured to strengthen federalism?
Ans : Challenges before 1990:
a. Political scene was dominated by one party both at the Centre and in the States.
b. As and when the ruling party at the state level was different, the parties that ruled at the Centre tried to undermine the power of the States.
c. The Central Government would often misuse the constitution to dismiss the State Government that were controlled by rival parties.
After 1990:
a. Now the Centre and majority of State Governments belong to different political parties in coalition.
b. A number of regional parties have become powerful and play a crucial role at the Centre and States.
c. The era of “coalition” government at the Centre has inculcated respect for federal autonomy,

Question. Why did the makers of our Constitution declare India to be a ‘Union of States’ ? Why were some sub-political units of India given a special status?
Ans : a. India became a Union of States because it consisted of both British-ruled territories as well as many princely states. Some sub-political units of India have a special status.
b. French and Portuguese-ruled territories were given the status of Union territory.
c. Jammu & Kashmir joined India on a special condition.
d. Some units were too small to become independent states. They were made Union Territories.
e. States in the north-east have been given a special status as they have a large tribal population with a distinct history and culture.

Question. Assess the need for local government.
Ans : Need for local government: There are a number of problems and issues that are best settled at the local level, because people have a better knowledge of the problems in their localities.
a. The local people are aware of their needs and can prioritize.
b. It helps to initiate the process of direct decision making.
c. It helps to inculcate the habit of democratic participation.
Local government is the best way to realize one important principle of democracy, namely local self government.

Question. What is the rationale for decentralization of power? Explain the structure of Rural local government in India.
Ans : The basic idea behind decentralisation:
a. Large number of problems and issues are best settled at the local level because people have better knowledge of their local problems.
b. It helps in promoting direct participation.
Structure of Rural Local Government:
1. Zilla Parishad: All the mandals in a district together constitute the Zilla Parishad. Most of the members are elected and headed by a chairperson.
2. Panchayat Samiti or Mandal or Block: The members of this body are elected by the entire Panchayat members in that area. A few Gram Panchayats are grouped together to form this government body.
3. Gram Panchayat: A council consisting of several ward members often called Panch. The president is called sarpanch. It is the decision-making body for the entire village. 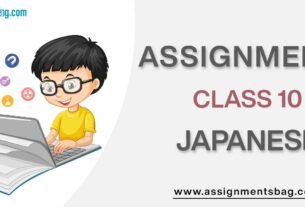 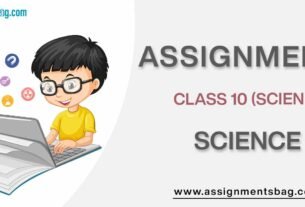