Please refer to the Organic Chemistry – Some Basic Principles and Techniques Revision Notes given below. These revision notes have been designed as per the latest NCERT, CBSE and KVS books issued for the current academic year. Students will be able to understand the entire chapter in your class 11th Chemistry book. We have provided chapter wise Notes for Class 11 Chemistry as per the latest examination pattern.

Tetravalency of carbon
The atomic number of Carbon is 6 and its electronic configuration is 2,4 i.e. it has 4 valence electrons. Thus carbon is always tetracovalent, i.e. it forms 4 covalent bonds with other atoms
|
— C —
|

Due to tetravalency of carbon it has a tetrahedron shape.

Catenation: The self linking property of carbon is known as catenation. This is the main reason of existence of such large number of compounds

Functional groups:A functional group may be defined as an atom or a group of atoms present in a molecule which largely determines the chemical properties.

HOMOLOGOUS SERIES
Homologous series is defined as a family or group of structurally similar organic compounds all members of which contain the same functional group, show a  gradation in physical and similarity in chemical properties and any two adjacent members of which differ by -CH2 group. The individual members of this group are called homologues and the phenomenon is called homology.

NOMENCLATURE OF ORGANIC COMPOUNDS
Organic chemistry deals with millions of compounds. In order to clearly identify them, a systematic method of naming known as IUPAC system of nomenclature is adopted. The names are such that the listener can deduce the structure from it.
The IUPAC name consists of three parts:
Prefix                  Word root            Suffix
EX:          3 methlyoctane

Straight chain alkanes:
The names of such compounds is based on their chain structure,and end with suffix ‘-ane’ and carry a prefix indicating the number of carbon atoms present in the chain.

Branched chain hydrocarbons:
1. The longest carbon chain in the molecule is identified.
2. The numbering is done in such a way that the branched carbon atoms get the lowest possible value.
3. The names of the alkyl groups attached as a branch are then prefixed to the name of the parent alkane and its position is indicated by numbers.
4. The lower number is given to the first in alphabetical order.
5. The carbon atom of the branch that attaches to the root alkane is numbered 1.

ISOMERISM
Two or more compounds having the same molecular formula but different physical and chemical properties are called isomers and this phenomenon is called isomerism.

Chain isomerism: When two or more compounds having same molecular formula but different carbon skeletons are referred to as chain isomers.

Position Isomerism: Compounds which have the same structure of carbon chain but differ in position of double or triple bonds or functional group are called position
isomers and this phenomenon is called Position Isomerism. e g
CH3-CH2-CH=CH2                 CH3-CH = CH – CH3

Metamerism: It is due to the presence of different alkyl groups on either side of functional group in the molecule. Ex. C4H10O represents C2H5OC2H5 and CH3OC3H7.

Heterolytic cleavage: In this cleavage the bond breaks in such a way that the shared
pair of electron remains with one of the fragments.
H3C – Br    →       +CH3 + Br–

Homolytic Cleavage: In this cleavage the shared pair of electron goes with each of the bonded atom.
R – X    →       R. + X.
Alkyl free radical

METHODS OF PURIFICATION OF ORGANIC COMPOUNDS :

Crystallisation: This method is based on the difference in the solubilities of compound and impurities in a suitable solvent. The impure compound is dissolved in solvent at heated at higher temp .on cooling the hot and conc solution pure compounds crystallizes out.

Fractional distillation: If the boiling points of two liquids is not much , they are separated by this method.

Distillation under reduced pressure : This method is used to purify liquids having high boiling points and decomposes at or below their boiling points.

Steam distillation : This method is used to separate substances which are steam volatile and are immiscible with water.

Chromatography :This technique is used to separate mixtures in to their components ,purify the compounds and test the purity of compounds.It is classified as

Adsorption Chromatography : It is based on the fact that different compounds are adsorbed on an adsorbent to different degrees. Silica jel or alumina is used as adsorbents.

Partition Chromatography : It is based on the continuous differential portioning of components of a mixture between stationary and mobile phase.

Detection of Carbon and Hydrogen: The Carbon and Hydrogen present in the Organic compound is detected by heating the compound with Copper II oxide in a hard glass tube when carbon present in the compound is oxidized to CO2 which can be tested with lime Water and Hydrogenis converted to water which can be tested with anhydrous copper sulphate which turns blue.
C + CuO  →  2Cu + CO2
2 H +CuO Cu + H2O
CO2 +Ca (OH )2 CaCO3 + H2O
5H2O + CuSO4  →   CuSO4.5H2O

DETECTION OF OTHER ELEMENTS

Sodium Fusion Extract: A small piece of dry Sodium metal is heated with a organic compound in a fusion tube for 2 -3 minutes and the red hot tube is plunged in to distilled water contained in a china dish. The contained of the china dish is boiled ,cooled and filtered. The filtrate is known as Sodium fusion extract.

Test for Sulphur: the sodium fusion extract is acidified with acetic acid and lead acetate is added to it. A black precipitate of lead sulphide indicates the presence of sulphur. S2- + Pb2+ →    PbS

DUMAS METHOD: A known mass of organic compound is heated with excess of CuO in an atmosphere of CO2, when nitrogen of the organic compound is converted into N2 gas. The volume of N2 thus obtained is converted into STP and the percentage of nitrogen determined by applying the equation:
Volume of Nitrogen at STP = P1V1 x 273 / 760 x T1
%N =     28 x vol of N2 at STP x 100 / 22400 x mass of the substance taken

KJELDAHL’S METHOD: A known mass of organic compound is heated with conc. H2SO4 in presence of K2SO4 and little CuSO4 or Hg in a long necked flask called Kjeldahl’s flask when nitrogen present in the organic compound is quantitatively converted into (NH4)2SO4. (NH4)2SO4 thus obtained is boiled  with excess of NaOH solution to liberate NH3 gas which is absorbed in a known excess of a standard acid such as H2SO4 or HCl.
The vol of acid unused is found by titration against a standard alkali solution. From the vol of the acid used, the percentage of nitrogen is determined by applying the equation,
%N= 1.4 x Molarity of the acid x Basicity of the acid x Vol of the acid used / Mass of the substance taken
Halogens

Carius method:
A known mass of an organic compound is heated with fuming nitric acid in the presence of silver nitrate contained in a hard glass test tube known as carius tube in a furnace. Carbon and hydrogen present in the compound are oxidized to carbon dioxide and water. The halogen present forms the corresponding silver halide. It is filtered, dried, and weighed. 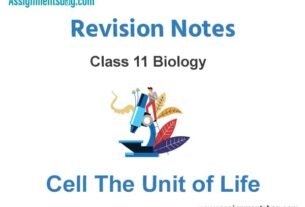