Question. In decay of free neutron, name the elementary particle emitted along with proton and electron in nuclear reaction.
Answer. Anti-neutrino.

Question. Four nuclei of an element undergo fusion to form a heavier nucleus, with release of energy. Which of the two — the parent or the daughter nucleus — would have higher binding energy per nucleon?
Answer. Daughter nucleus

Question. The binding energies per nucleon for deutron and an alpha-particle are x1 and x2 respectively. Find the amount of energy released in the following reactions.
3H2 + 3H2 → 4HE2 + Q
Answer. 4 (x2 – x1).

Question. What do you mean by binding energy per nucleon?
Answer. The binding energy per nucleon may be defined as
the energy required to break up a nucleus into its constituent protons and neutrons and to separate them to such a large distance so that they may not interact with each other. It may also be defined as the surplus energy which the nucleons give up by virtue of their attractions when they become bound together to form a nucleus.
The binding energy of a nucleus is given by
Δm = Zmp + (A – Z) mn – Mnuc
Eb = (Δm) c2

Question. On the basis of which relation mass to energy conversion in nuclear fusion and fission is explained ?
Answer. Since, Nuclear Fission and Fusion are processes in which mass is converted into energy. Hence, nuclear fission and fusion can be explained on the basis of Einstein mass-energy equivalence relation.

Question. Identify the nucleides X and Y in the nuclear reactions.

Question. Calculate for how many years the fusion of 2.0 kg deuterium will keep 800 W electric lamp glowing.
Take the fusion reaction as

Answer. The given fusion reaction is:

[ Note :Also accept the diagram that just shows the general shape of the graph]. From the plot we note that
(i) During nuclear fission A heavy nucleus in the larger mass region ( A>200) breaks into two middle level nuclei, resulting in an increase in B.E/ nucleon. This results in a release of energy.
(ii) During nuclear fusion Lighter nuclei in the lower mass region (A<20) fuse to form a nucleus having higher B.E. / nucleon.
Hence Energy gets released.
[Alternatively : As per the plot, during nuclear fission as well as nuclear fusion, the final value of B.E/ nucleon is more than its initial value. Hence energy gets released in both these processes. ]

Question. Show that the density of nucleus over a wide range of nuclei is constant and independent of mass number.
Answer. We have
R = R0 A1/3

Hence r is independent of A.
(Here m is the mass of the nucleus.)

From the graph, it is clear that it has a peak near A = 60. Nuclei around this are most stable. (Example :
Iron)
The shape of this curve suggests two possibilities for converting significant amounts of mass into energy :
(i) Fission reactions: From the curve, the heaviest nuclei are less stable than the nuclei near A = 60.
This suggests that energy can be released if heavy nuclei split apart into smaller nuclei. This process is called fission.
(ii) Fusion reactions: The curve also suggests energy can be released from the lighter elements (like hydrogen and helium) as they are less stable than heavier elements up to A~60. Thus, sticking two light nuclei together to form a heavier nucleus can also release energy. This process is called fusion.
In both fission and fusion reactions, the total masses after the reaction are less than those before. This “missing mass” appears as energy.

Question. Binding energy per nucleon versus mass number curve is as shown.

Based on the graph :
(a) Arrange X, W and S in the increasing order of stability.
(b) Write the relation between the relevant A and Z values for the following nuclear reaction.
S → X + W
(c) Explain why binding energy for heavy nuclei is low.
Answer. (a) S, W, X
(b) Z = Z1 + Z2
A = A1 + A2
(c) Reason for low binding energy : In heavier nuclei, the Coulombian repulsive effects can increase considerably and can match/offset the attractive effects of the nuclear forces. This can result in such nuclei being unstable.

Question. Distinguish between nuclear fission and fusion.
Show how in both these processes energy is released.
Calculate the energy release in MeV in the deuterium-tritium fusion reaction :

Answer. Nuclear Fission is the breaking down of heavier nucleus into smaller fragments while nuclear fusion is combining of lighter nuclei to form heavier nucleus. We see that binding energy per nucleon of daughter nuclei in both fission and fusion processes is more than that of parent nuclei. Further, the difference in binding energy is released, in form of energy while in both the processes certain masses get converted into energy.
In both processes, some mass get converted into energy.
Energy Released, 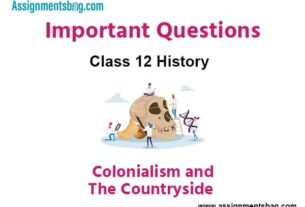 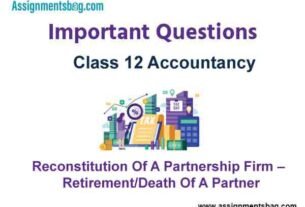