Question. Which of the following is not a major part of brain?
(a) CNS
(b) Forebrain
(c) Hind brain
(d) Mid brain

Question. Association areas in cerebral cortex are
(a) Sensory areas
(b) Motor areas
(c) Responsible for intersensory associations, memory, and communications
(d) None of the above is correct

Question. Hypothalamus does not
(a) Control thermoregulation
(b) Control urge for eating and drinking
(c) Produces hormones that regulate the synthesis and secretion of pituitary hormone
(d) Control creative thinking and consciousness

Question. Along with hypothalamus, limbic system is involved in the _____
(a) Regulation of sexual behaviour
(b) Expression of emotional reaction (e.g. excitement pleasure, rage and fear)
(c) Motivation
(d) All

Question. A. Cerebellum has very convoluted surface in order to provide the additional space for more neurons
B. The medulla is connected to the spinal cord
C. Medulla contains controlling centres for respiration, cardiovascular reflexes and gastric secretion
Options :
(a) All are correct
(b) Only A is correct
(c) Only A and C are correct
(d) Only B is correct

Question. Reflex action is controlled by
(a) CNS
(b) PNS
(c) ANS
(d) None of these

Question. The nerves carrying impulses to CNS are known as
(a) motor
(b) efferent
(c) afferent
(d) mixed

Question. The secretion of gastric juice is controlled by
(a) cerebellum
(b) ANS
(c) cerebrum
(d) medulla

Question. Part of brain responsible for hearing is
(a) cerebellum
(b) cerebrum
(c) medulla
(d) hypothalamus

Question. Which of the following cell in the central nervous system functionally equivalent to a Schwann cell?
(a) astrocyte
(b) neuron
(c) oligodendrocyte
(d) microglial cell

Question. Which of the following is a thin middle layer of cranial meninges?
(a) Duramater
(b) Arachnoid
(c) Piamater
(d) Optic nerve

Question. Which is not a reflex action?
(a) Swallowing of food
(b) Shivering in cold
(c) Salivation at choicest food
(d) Closure of eyelid by flashing light

Question. The thinned-out portion of retina where only cones are densely packed is called
(a) blind spot
(b) corpus luteum
(c) macula lutea
(d) fovea

Question. Which of the following statement is correct?
(a) Electrical synapses are more common in our neural system than chemical synapses.
(b) The new potential in post-synaptic neuron may be either excitatory or inhibitory.
(c) Hypothalamus is the major coordination centre for sensory and motor signaling.
(d) The tracts of nerve fibres that connect two cerebral hemispheres are called corpora bigemina.

Question. Which of the following statement is incorrect?
(a) The ear ossicle attached to tympanic membrane is malleus.
(b) Opsin (of rhodopsin) develops from vitamin A.
(c) The pressure on ear drum is equalized by Eustachian tube.
(d) Otolith organ consists of saccule and utricle.

Question. Which of the following statement is an example of conditioned reflex?
(a) Hand took up when piercing with a needle.
(b) Driving a vehicle.
(c) Eyes closed when any thing enter into it.
(d) In digestion food goes forward in alimentary canal.

Question. Which statement regarding ‘stapes’ is correct?
(a) It lies in the auditory meatus.
(b) It fits onto the oval window.
(c) It conducts sound vibrations to fenestra rotundus.
(d) It is analogus to columella auris.

Question. Which of the following statements is correct about rods compared to cones?
(i) Rods are most numerous in the fovea.
(ii) Rods contain rhodopsin.
(iii) Rods produce general outlines of objects rather than sharp images.
(iv) Rods produce black and white but not colour images.
(a) (i), and (ii) only
(b) (ii), and (iiii) only
(c) (i), (ii) and (iii) only
(d) (ii), (iii) and (iv) only

Question. Which of the following statement is correct?
(a) The space within cochlea called scala media is filled with endolymph.
(b) The vestibular apparatus is composed of two semicircular canals and the otolith organ consisting of
the saccule and utricle.
(c) The external auditory meatus helps in equalizing the pressures on either sides of the ear drum.
(d) The membranes constituting cochlea, the reissner’s and basilar, divide the surrounding perilymph filled
bony labyrinth into an upper scala tympani and a lower scala vestibuli.

Question. The following diagram represent the reflex arc. Identify the parts labelled as A, B, C, D, E, F and G and choose the correct option

Question. In the given diagram which stage of conduction of nerve impulse through nerve fibre is observed?

Question. The given diagram chows the axon terminal and synapse with few part labelled as A, B, C & D. Choose the correct combination of labelling from the given options.

Question. Which of the following options correctly represents the name of 1, 2, 3 and 4 is the given diagram of neuron?

Question. Refer the given figure of ear with few structure marked as I, II, III & IV. Which labelled structure converts sound waves into mechanical vibrations?

Question. Which of the following statements is/are functions of structure labelled as ‘X’ in the given diagram of eye?

I. It provides attachment points for muscles that move the eye.
II. It maintains the shape of the eye ball.
III. It helps during accomodation.
IV. It is responsible for eye colour.
(a) I and II
(b) I, II and IV
(c) II, III and IV
(d) All of these

Question. The primary function of the structure labelled as X in the given figure is

Directions : Refer the given figure of neuron structure with few parts labelled as 1, 2, 3, and 4 and answer the questions.

Question. Refer the given figure of eye in which few parts are labelled as 1, 2, 3 and 4. Select the option which shows the correct identification of the part with its characteristics.

(a) 1 : Choroid, it contains ganglion cells, bipolar cells and photoreceptor cells.
(b) 2 : Iris, it is responsible for controlling the diameter and size of the pupil and thus the amount of light reaching the retina.
(c) 3 : Blind spot, it is a yellowish pigmented spot called macula lutea with a central pit called the fovea.
(d) 4 : Cornea, it is a transparent front part of the eye that covers the iris, pupil, and anterior chamber.

Question. Which one of the following is an example of a simple reflex ?
(a) Closing of eyes if an object suddenly approaches them.
(b) Climbing stairs in dark.
(c) Watering of mouth at the sight of delicious food.
(d) Tying laces while talking to and looking at another person.

Question. A person feels no sensation when he puts his hand over flame. The part of the brain which has damaged is
(a) cerebellum
(b) medulla oblongata
(c) diencephalon
(d) hypothalamus

Question. The part of an eye which acts like diaphragm of a photographic camera, is
(a) pupil
(b) iris
(c) lens
(d) cornea

Question. A person is wearing spectacles with concave lenses for correcting vision. While not using the glasses, the image of a distant object in his case will be formed
(a) on the blind spot.
(b) behind the retina.
(c) on the yellow spot.
(d) in front of the retina. 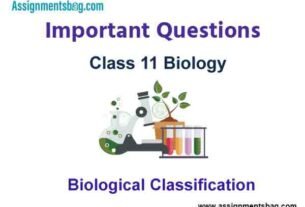