METHODS TO STUDY THE MINERAL REQUIREMENTS OF PLANTS
♦ The technique of growing plants in a defined nutrient solution (without soil) is known as hydroponics.
♦ It is demonstrated by Julius von Sachs (Germany, 1860).
♦ The nutrient solution is aerated for optimum growth.
♦ Hydroponics is used to identify the essential elements required for plants and their deficiency  symptoms.
♦ In this, plant roots are immersed in nutrient solutions and an element is added / removed or given in varied  concentration.

ESSENTIAL MINERAL ELEMENTS
♦ More than 60 elements are found in different plants.
♦ Some plant species growing near mining sites accumulate selenium, gold etc. Some plants near nuclear test sites take up radioactive strontium.
♦ There are techniques to detect the minerals even at a very low concentration (10-8 g/mL).

Based on quantitative requirements, essential elements are 2 types:
1. Macronutrients
2. Micronutrients.

1. Macronutrients
♦ They are present in plant tissues in large amounts (more than 10 mmole Kg–1 of dry matter).
♦ They include carbon, hydrogen, oxygen, nitrogen, phosphorous, sulphur, potassium, calcium & magnesium.
♦ C, H & O are mainly obtained from CO2 & H2O. Others are absorbed from soil as mineral nutrition.

Based on functions, essential elements are 4 categories:
a. Components of biomolecules & structural elements of cells: E.g. carbon, hydrogen, oxygen & nitrogen.
b. Components of energy-related chemical compounds: E.g. Mg in chlorophyll and phosphorous in ATP.
c. Elements that activate or inhibit enzymes: E.g. Mg2+ is an activator for RUBISCO & phosphoenol pyruvate carboxylase (critical enzymes in photosynthetic carbon fixation). Zn2+ is an activator of alcohol dehydrogenase and Mo of nitrogenase during nitrogen metabolism.
d. Elements that alter the osmotic potential of a cell: E.g. Potassium helps in opening & closing of stomata.

Nitrogen:
♦ This is required by plants in the greatest amount.
♦ It is absorbed mainly as NO3–. Some are also taken up as  NO2– or NH 4+.
♦ It is essential for all plant parts, particularly the meristematic tissues and the metabolically active cells.
♦ It is the major constituents of amino acids, proteins, nucleic acids, chlorophyll, vitamins and hormones.

Phosphorus:
♦ It is absorbed by plants from soil as phosphate ions (as H2PO4 − or HPO42−)
♦ It is a constituent of cell membranes, certain proteins, all nucleic acids and nucleotides.
♦ It is required for all phosphorylation reactions.

Potassium:
♦ It is absorbed as potassium ion (K+).
♦ Essential in meristematic tissues, buds, leaves & root tips.
♦ It maintains an anion-cation balance in cells.
♦ It is involved in protein synthesis, opening & closing of stomata, activation of enzymes and in the maintenance of the turgidity of cells.

Calcium:
♦ It is absorbed from the soil as calcium ions (Ca2+).
♦ It is required by meristematic and differentiating tissues.
♦ During cell division, it is used in the synthesis of cell wall, particularly as calcium pectate in middle lamella. It is also  needed during the formation of mitotic spindle.
♦ It accumulates in older leaves.
♦ It is involved in the functioning of the cell membranes.
♦ It activates some enzymes and regulates metabolic activities.

Magnesium:
♦ It is absorbed by plants as divalent Mg2+.
♦ It activates enzymes of respiration & photosynthesis.
♦ It is involved in the synthesis of DNA and RNA.
♦ It is a constituent of the ring structure of chlorophyll.
♦ It helps to maintain the ribosome structure.

Sulphur:
♦ Plants obtain it as sulphate (SO)4 2−.
♦ It is present in 2 amino acids (cysteine & methionine).
♦ It is the constituent of several coenzymes, vitamins (thiamine, biotin, Coenzyme A) and ferredoxin.

Iron:
♦ Plants obtain iron as ferric ions (Fe3+).
♦ It is required in larger amounts in comparison to other micronutrients.
♦ It is a main constituent of proteins involved in the transfer of electrons like ferredoxin and cytochromes.
♦ It is reversibly oxidized from Fe2+ to Fe3+ during electron transfer.
♦ It activates catalase enzyme, and is essential for the formation of chlorophyll.

Manganese:
♦ It is absorbed as manganous ions (Mn2+).
♦ It activates many enzymes involved in photosynthesis, respiration and nitrogen metabolism.
♦ The best defined function of manganese is in the splitting of water to liberate O2 during photosynthesis.

Zinc:
♦ Plants obtain zinc as Zn2+ ions.
♦ It activates various enzymes, especially carboxylases.
♦ It is needed in the synthesis of auxin.

Copper:
♦ It is absorbed as cupric ions (Cu2+).
♦ It is essential for the overall metabolism in plants.
♦ Like iron, it is associated with some enzymes in redox reactions and is reversibly oxidised from Cu+ to Cu2+.

Boron:
♦ It is absorbed as BO33− or B4O72−.
♦ It is required for uptake & utilisation of Ca2+, membrane functioning, pollen germination, cell elongation, cell  differentiation & carbohydrate translocation.

Molybdenum:
♦ Plants obtain it as molybdate ions (MoO)22+.
♦ It is a component of many enzymes such as nitrogenase & nitrate reductase. These enzymes participate in nitrogen metabolism.

Chlorine:
♦ It is absorbed as chloride anion (Cl–).
♦ Along with Na+ & K+, it helps in determining the solute concentration and the anion-cation balance in cells.
♦ It is essential for the water-splitting reaction in photosynthesis that leads to oxygen evolution

Toxicity of Micronutrients
♦ A moderate increase in micronutrients causes toxicity.
♦ Any mineral ion concentration in tissues that reduces the dry weight of tissues by about 10% is considered toxic.  Such critical concentrations vary widely among different micronutrients.
♦ The toxicity symptoms are difficult to identify. Toxicity levels for an element also vary for different plants.
♦ Excess of an element may inhibit the uptake of another element. E.g. Excess of Mn induces deficiencies of Fe, Mg & Ca because it competes with Fe & Mg for uptake and with Mg for binding with enzymes. Mn also inhibits Ca translocation in shoot apex. Thus symptoms of Mn toxicity may actually be the deficiency symptoms of Fe, Mg & Ca. Main symptom of manganese toxicity is the appearance of brown spots surrounded by chlorotic veins.

MECHANISM OF ABSORPTION OF ELEMENTS
♦ The inward movement of ions into the cells is called influx and the outward movement is efflux.
♦ The process of absorption includes 2 main phases:
First phase: Initial rapid and passive uptake of ions into the apoplast (free space or outer space) of cells. It usually occurs through ion-channels (trans-membrane proteins that function as selective pores).
Second phase: The ions are taken in slowly into the symplast (inner space or cytoplasm) of the cells. It is an active process (requires energy).

Translocation of solutes
♦ Mineral salts are translocated through xylem along with the ascending stream of water.
♦ Analysis of xylem sap shows the presence of mineral salts in it. Use of radioisotopes of mineral elements also proved  that they are transported through the xylem.

Soil as Reservoir of Essential Elements
Weathering and breakdown of rocks enrich the soil with dissolved ions and inorganic salts.

Roles of soil:
a. It supplies minerals and holds water.
b. It harbours nitrogen-fixing bacteria and other microbes.
c. It supplies air to the roots.
d. It acts as a matrix that stabilizes the plant.
Deficiency of essential minerals affects the crop-yield. So fertilisers should be supplied. Both macro-nutrients and  micro-nutrients form components of fertilisers

Nitrogen Cycle
♦ Nitrogen is the most prevalent element in living organisms.
♦ Plants compete with microbes for the limited nitrogen in soil. Thus, nitrogen is a limiting nutrient for natural and  agricultural eco-systems.
♦ The process of conversion of atmospheric nitrogen (N2 or N≡N) to ammonia is called nitrogen fixation.
♦ In nature, lightning and UV radiation provide energy to convert nitrogen to nitrogen oxides (NO, NO2, N2O).
Industrial combustions, forest fires, automobile exhausts and power-generating stations are also sources of  atmospheric nitrogen oxides.
♦ Decomposition of organic nitrogen of dead plants and animals into ammonia is called ammonification.
♦ Some of this ammonia volatilizes and re-enters atmosphere but most of it is oxidised into nitrate by soil nitrifying  bacteria (Nitrosomonas, Nitrococcus & Nitrobacterchemo-autotrophs). These steps are called nitrification.
Nitrosomonas, Nitrococcus
2NH3 + 3O2     →     2NO– + 2H+ + 2H2O
Nitrobacter
2NO2– + O2     →     2NO3–

♦ Plants absorb the nitrate and is transported to the leaves. In leaves, it is reduced to form ammonia that finally forms the amine group of amino acids.

♦ Nitrate present in the soil is also reduced to nitrogen by the process of denitrification. It is carried by bacteria  Pseudomonas and Thiobacillus.

Biological Nitrogen Fixation
♦ It is the reduction of N2 to NH3 by living organisms in presence of nitrogenase enzyme.
nitrogenase
N≡N       →     NH3
♦ Very few organisms can utilize the nitrogen in the form of N2 in the air.
♦ Only certain prokaryotic species have Nitrogenase enzyme and capability to fix N2. They are called  N2– fixers.
♦ Nitrogen-fixing microbes are 2 types:
Free-living: E.g. Azotobacter & Beijerinckia (aerobic microbes), Rhodospirillum & Bacillus (anaerobic),
cyanobacteria such as Anabaena & Nostoc.
Symbiotic: E.g. Rhizobium (aerobic).

Symbiotic Biological Nitrogen Fixation
♦ Legume-bacteria relationship: Most prominent. E.g Rhizobium species (rod-shaped) seen in the roots of legumes such as alfalfa, sweet clover, sweet pea, lentils, garden pea, broad bean, clover beans etc.
♦ The most common association on roots is as nodules.
♦ The microbe, Frankia also produces N2 fixing nodules on the roots of non-leguminous plants (e.g. Alnus).
♦ Rhizobium & Frankia are free-living in soil, but as symbionts, can fix atmospheric nitrogen.
♦ Central part of a nodule is red or pink coloured due to the presence of leguminous haemoglobin (leg-haemoglobin).

Principal stages in the Nodule formation:
a. Rhizobia multiply and colonise the surroundings of the roots and get attached to epidermal and root hair cells.
b. Root-hairs curl and the bacteria invade the root-hair.
c. An infection thread is produced carrying the bacteria into root cortex, where they initiate nodule formation.
d. The bacteria are released from thread into cells. It leads to differentiation of specialized nitrogen fixing cells.
e. The nodule establishes a direct vascular connection with the host for exchange of nutrients.

♦ Ammonia synthesis needs high input energy (8 ATP for each NH3). It is obtained from the respiration of host cells.
♦ Nitrogenase is highly sensitive to the molecular oxygen. So it requires anaerobic conditions to protect from oxygen. For this, leg-haemoglobin acts as an oxygen scavenger.
♦ Rhizobia are aerobic under free-living conditions (where nitrogenase is not operational), but during N2-fixing events, they become anaerobic (to protect nitrogenase).

Fate of ammonia:
♦ At physiological pH, the NH3 is protonated to form NH4+(ammonium) ion. Most of the plants can assimilate nitrate  and NH4+. But NH4+ is quite toxic to plants and so cannot accumulate in them.
♦ In plants, NH4+is used to synthesize amino acids by 2 ways:

♦ Asparagine & glutamine are most important amides found in plants. They are structural part of proteins. They are formed from 2 amino acids (aspartic acid & glutamic acid) by addition of another amino group to each. The hydroxyl part of the acid is replaced by another NH2– radical.
♦ Since amides contain more nitrogen than the amino acids, they are transported to other parts of the plant via xylem  vessels. In addition, along with the transpiration stream the nodules of some plants (e.g. soyabean) export the fixed  nitrogen as ureides. These compounds also have particularly high nitrogen to carbon ratio. 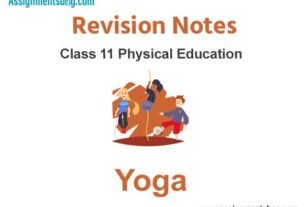