Please refer to the following Chapter 9 Biomolecules MCQ Questions Class 11 Biology with solutions for all important topics in the chapter.

Question- What will happen when the cofactor is removed from the enzyme?
(a) Catalytic activity of the enzyme is lost.
(b) Enzyme preserves in a temporarily inactive state.
(c) The substurate molecules are not closely related to enzymes molecules.
(d) Both b and c

Question- Which of the following statements are correct?
(i) Chitin, a complex or heteropolysaccharide occuring in exoskeleton consists of NAG.
(ii) Glucosamine and N-acetyl glucosamine are modified sugar.
(iii) Cellulose shows blue colour when treated with I2.
(iv) Starch in plants and glycogen in animals are store houses of energy.
(v) Right end of polysaccharide is called reducing end while left end is called non-reducing end.
(a) (i), (ii) and (iii)
(b) (iii), (iv) and (v)
(c) All except (iii)
(d) All except (v)

Question- Which of the following is not an attribute of enzymes ?
(a) They are substrate specific in nature.
(b) They are proteinaceous in nature.
(c) They are used up in the reaction.
(d) They speed up rate of biochemical reaction.

Question- Which of the following is wrongly matched ?
(a) Ribozyme – Proteinaceous in nature.
(b) Apoenzyme – The protein part of enzyme.
(c) Co-enzyme – Loosely attached organic cofactor of haloenzyme
(d) Co-factors – Non-protein part of haloenzyme.

Question- On hydrolysis, a nucleoside would not yield
(a) purine
(b) pyrimidine
(c) pentose sugar
(d) phosphoric acid

Question- Transition state structure of the substrate formed during an enzymatic reaction is.
(a) permanent but unstable.
(b) transient and unstable.
(c) permanent and stable.
(d) transient but stable.

Question- Which of the following statement(s) is/are incorrect?
(i) Nearly 1/3rd of all enzymes requires the presence of metal ions for catalytic function.
(ii) Metal ions form coordinate bond with side chain at active site of metalloenzyme and at the same time form one or more coordinate bonds with the substrate.
(iii) NAD and NAD (coenzymes) contain niacin (vit.B3)
(iv) Coenzymes are organic compounds but their association with the apoenzyme is only transient, usually occurring during catalysis.
(a) All of these
(b) Only (iii) and (iv)
(c) Only (iv)
(d) None of these

Question- “All enzymes are proteins.” This statement is now modified because an apparent exception to this biological truth is
(a) arylsulfatase
(b) dehydrogenase
(c) ribozyme
(d) nitroreductase

Question- If all the peptide bonds of a protein are broken down,then what would remain?
(a) Amino acids
(b) Peptides
(c) Polypeptides
(d) Oligopeptides

Question- Enzyme that break nucleic acids into nucleotides belongs to which of the following class ?
(a) Oxidoreductases
(b) Transferases
(c) Hydrolases
(d) Lyases

Question- Select false statements for an enzyme promoting a chemical reaction by
(i) lowering the energy of activation.
(ii) causing the release of heat, which acts as a primer.
(iii) increasing molecular motion.
(iv) changing the free energy difference between substrate and product.
(a) (i) and (iv)
(b) (ii) and (iii)
(c) (ii), (iii) and (iv)
(d) (iii) and (iv)

Question- Sugar-phosphate backbone in nucleic acid
(a) is hydrophilic in nature.
(b) is negatively charged.
(c) shows polarity.
(d) all of the above.

Question- Which one of the following biomolecules is correctly characterized?
(a) Lecithin – A phosphorylated glyceride found in cell membrane.
(b) Palmitic acid – An unsaturated fatty acid with 18 carbon atoms.
(c) Adenylic acid – Adenosine with a glucose phosphate molecule.
(d) Alanine amino acid – Contains an amino group and an acidic group anywhere in the molecule.

Question- When triglycerides are solid at ordinary room temperature, they are called
(a) oils
(b) gases
(c) fats
(d) none of these

Question- The catalytic efficiency of two different enzymes can be compared by the
(a) Km value.
(b) pH optimum value.
(c) formation of the product.
(d) molecular size of the enzyme.

Question- Which of the following statements about enzymes is incorrect?
(a) Enzymes are denatured at high temperature but in certain exceptional organisms. They are effective even at 80° – 90°C.
(b) Enzymes require optimum pH for maximal activity.
(c) Most enzymes are proteins but some are lipids.
(d) Enzymes are highly specific.

Question- “When glucose is degraded to lactic acid in skeletal muscles energy is liberated”.
Which of the following conclusion is correctly associated with the above statement? enzyme?
(a) It is a catabolic pathway which releases energy.
(b) It is an anabolic pathway which releases energy.
(c) The energy, liberated during this degradation, is trapped and stored in the form of chemical bonds (ADP).
(d) None of the above.

Question- Which one of the following pairs of nitrogenous bases of nucleic acids, is wrongly matched with the category mentioned against it ?
(a) Adenine, thymine – Purines
(b) Thymine, uracil – Pyrimidines
(c) Uracil, cytosine – Pyrimidines
(d) Guanine, adenine – Purines

Question- Which one of the following is wrongly matched?
(a) Fungi – Chitin
(b) Phospholipid – Plasma membrane
(c) Enzyme – Lipopolysaccharide
(d) ATP – Nucleotide derivative

Question- Find out the odd one from the given pair.
(a) Polysaccharide – Glycosidic bond
(b) Protein – Peptide bond
(c) Fat – Ester
(d) Polynucleotide – Hydrogen bond

We hope you liked the above provided MCQ Questions Chapter 9 Biomolecules Class 11 Biology with solutions. If you have any questions please ask us in the comments box below. 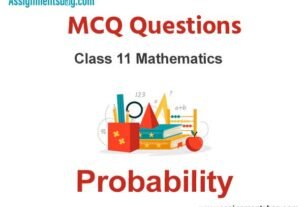 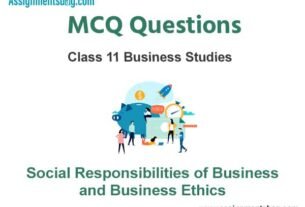