Please refer to the following Chapter 8 The d – and f – Block Elements MCQ Questions Class 12 Chemistry with solutions for all important topics in the chapter.

Question. Atomic number of an element is 26. The element shows
(a) ferromagnetism
(b) diamagnetism
(c) paramagnetism
(d) None of these

Question. The ability of d-block elements to form complexes is due to
(a) small and highly charged ions
(b) vacant low energy orbitals to accept lone pair of electrons from ligands
(c) Both (a) and (b) are correct
(d) None of the above is correct

Question. Which one of the following characteristics of the transition metals is associated with their catalytic activity?
(a) Colour of hydrated ions
(b) Variable oxidation states
(c) High enthalpy of atomisation
(d) Paramagnetic behaviour

Question. The point of dissimilarity between lanthanides and actinides is
(a) three outennost shells are partially filled
(b) they show oxidation state of + 3 (common)
(c) they are called inner-transition elements
(d) their are radioactive in nature

Question. Which of the following has got incompletely filled ƒ-subshell ?
(a) Gadolinium
(b) Lutetium
(c) Lawrencium
(d) Tantalum

Question. Lanthanide contraction is due to increase in
(a) shielding by 4 ƒ-electrons
(b) atomic number
(c) effective nuclear charge
(d) size of 4 ƒ-orbitals

Question. Identify the incorrect statement among the following.
(a) d-block elements show irregular and erratic chemical properties among themselves
(b) La and Lu have partially filled d-orbitals and no other partially filled orbital
(c) The chemistry of various lanthanoids is very similar
(d) 4 ƒ and Sf-orbitals are equally shielded

Question. Which pair of compounds is expected to show similar colour in aqueous medium?
(a) FeCl3 and CuCl2
(b) VOCl2 and CuCl2
(c) VOCl2 and FeCl2
(d) FeCl2 and MnCl2

Question. Compound A on strong heating gives two oxides of sulphur. If aqueous NaOH solution is added to the aqueous solution of A, a dirty green precipitate is formed which starts turning brown on exposure to air. Compound A is
(a) ferrous hydroxide
(b) ferric sulphate
(c) ferrous sulphate
(d) ferric oxide

Question. Which one of the following compounds does not decolourise an acidified aqueous solution of KMnO4?
(a) Sulphur dioxide
(b) Ferric chloride
(c) Hydrogen peroxide
(d) Ferrous sulphate

Question. In context of the lanthanoids, which of the following statements is not correct?
(a) There is a gradual decrease in the radii of the members with increasing atomic number in the series
(b) All the members exhibit + 3 oxidation state
(c) Because of similar properties the separation of lanthanoids is not easy
(d) Availability of 4f-electrons results in the formation of compounds in + 4 state for all the members of the series

Question. When MnO2 is fused with KOH, a coloured compound is formed, the product and its colour is
(a) K2MnO4, purple colour
(b) KMnO4, purple
(c) Mn2O3, brown
(d) Mn3O4, black

Question. When a small amount of KMnO4 is added to concentrated H2SO4, a green oily compound is obtained which is highly explosive in nature. Compound may be
(a) MnSO4
(b) Mn2O7
(c) MnO2
(d) Mn2O3

Question. Knowing that the chemistry of lanthanoids (Ln) is dominated by its +3 oxidation state, which of the
following statements is incorrect?
(a) Because of the large size of the Ln (III) ions the bonding in its compounds is predominantly ionic in character
(b) The ionic sizes of Ln (III) decrease in general with increasing atomic number
(c) Ln (III) compounds are generally colourless
(d) Ln (III) hydroxide are mainly basic in character

Question. Identify the incorrect statment among the following.
(a) d-block elements show irregular and erratic chemical properties among themselves
(b) La and Lu have partially filled d-orbitals and no other partially filled orbitals
(c) The chemistry of various lanthanoids is similar
(d) 4f and 5f-orbitals are equally shielded

Question. Copper exhibits only +2 oxidation state in its stable compounds. Why?
(a) Copper is transition metal in +2 state
(b) +2 state compounds of copper are formed by exothermic reactions
(c) Electron configuration of copper in +2 state is [Ar] 3d9, 4s0
(d) Copper gives coloured compounds in +2 state

Question. Which of the following statements is not true?
(a) On passing H2S  through acidified K2Cr2O7 solution, a milky colour is observed
(b) Na2Cr2O7 is preferred over K2Cr2O7 in volumetric analysis
(c) K2Cr2O7 solution in acidic medium is orange
(d) K2Cr2O7 solution becomes yellow on increasing the pH beyond 7

Question. A red solid is insoluble in water however, it becomes soluble, if some KI is added to water. Heating the red solid in a test tube results in liberation of some violet coloured fumes and droplets of a metal appear on the cooler parts of the test tube. The red solid is
(a) (NH4)2Cr4O7
(b) HgI2
(c) Hg
(d) Pb3O4

Question. One of the products formed due to the reaction between KMnO4 and HCl is
(a) red liquid
(b) MnO2
(c) greenish yellow gas
(d) HClO4

We hope you liked the above provided MCQ Questions Chapter 8 The d – and f – Block Elements Class 12 Chemistry with solutions. If you have any questions please ask us in the comments box below. 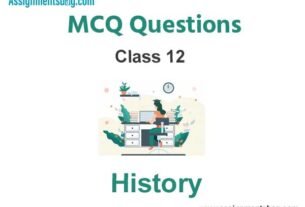 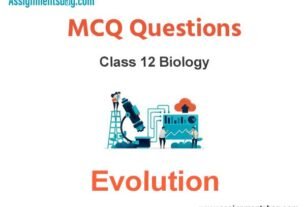 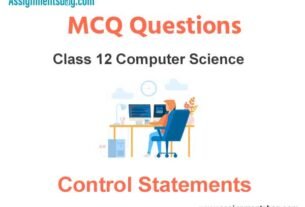