Please refer to the following Chapter 8 Gravitation MCQ Questions Class 11 Physics with solutions for all important topics in the chapter.

Question. A man waves his arms while walking. This is to
(a) keep constant velocity
(b) ease the tension
(c) increase the velocity
(d) balance the effect of earth’s gravity

Question. A body starts from rest from a point distance R0 from the centre of the earth. The velocity acquired by the body when it reaches the surface of the earth will be (R represents radius of the earth).

Question. A missile is launched with a velocity less than escape velocity. The sum of its kinetic and potential energies is
(a) zero
(b) negative
(c) positive
(d) may be positive, negative or zero.

Question. The maximum kinetic energy of a planet moving around the sun is at a position
(a) A
(b) B
(c) C
(d) D

Question. Which of the following graphs represents the motion of a planet moving about the sun ?

Question. What would be the length of a sec. pendulum at a planet (where acc. due to gravity is g/4) if it’s length on earth is l

Question. Time period of a simple pendulum inside a satellite orbiting earth is
(a) zero
(b) ∞
(c) T
(d) 2 T

Question. A satellite is orbiting around the earth near its surface. If its kinetic energy is doubled, then
(a) it will remain in the same orbit.
(b) it will fall on the earth.
(c) it will revolve with greater speed.
(d) it will escape out of the gravitational field of the earth.

Question. The kinetic energy needed to project a body of mass m from the earth surface (radius R) to infinity is
(a) mgR/2
(b) 2mgR
(c) mgR
(d) mgR/4

Question. A planet revolves in an elliptical orbit around the sun. The semi-major and semi-minor axes are a and b. Then the square of time period, T is directly proportional to

Question. Which of the following quantities do not depend upon the orbital radius of the satellite ?

Question. The time period of a satellite of earth is 5 hours. If the separation between the earth and the satellite is increased to 4 times the previous value, the new time period will become
(a) 10 hours
(b) 80 hours
(c) 40 hours
(d) 20 hours

Question. A satellite of mass m revolves around the earth of radius R at a height ‘x’ from its surface. If g is the acceleration due to gravity on the surface of the earth, the orbital speed of the satellite is

Question. Mass of the Earth has been determined through
(a) use of Kepler’s T2/R3 constancy law and Moon’s period
(b) sampling the density of Earth’s crust and using Earth’s radius
(c) Cavendish’s determination of G and using Earth radius and g at its surface
(d) use of periods of satellites at different heights above Earth’s surface and known radius of Earth

Question. Consider Earth to be a homogeneous sphere. Scientist A goes deep down in a mine and scientist B goes high up in a balloon. The gravitational field measured by
(a) A goes on decreasing and that by B goes on increasing
(b) B goes on decreasing and that by A goes on increasing
(c) each decreases at the same rate
(d) each decreases at different rates

Question. If value of acceleration due to gravity changes from one place to another, which of the following forces will undergo a change ?
(a) Viscous force
(b) Buoyant force
(c) Magnetic force
(d) All of the above

Question. A solid sphere of uniform density and radius R applies a gravitational force of attraction equal to F1 on a particle placed at A, distance 2R from the centre of the sphere.

We hope you liked the above provided MCQ Questions Chapter 8 Gravitation Class 11 Physics with solutions. If you have any questions please ask us in the comments box below. 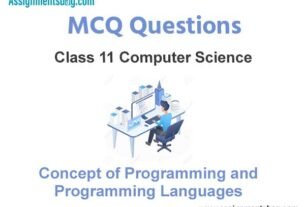 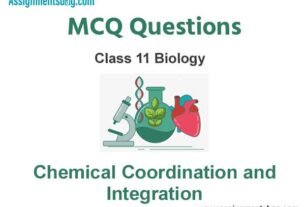 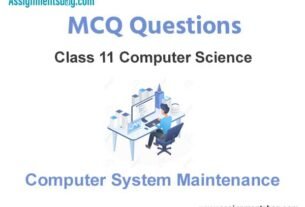