Please refer to the following Chapter 11 The p-Block Elements MCQ Questions Class 11 Chemistry with solutions for all important topics in the chapter.

Question. Name of structure of silicates in which three oxygen atoms of [SiO4]4- are shared is
(a) pyrosilicate
(b) sheet silicate
(c) linear chain silicate
(d) three dimensional silicate

Question. An oxide of an element is a gas and dissolves in water to give an acidic solution. The element belongs to
(a) II group
(b) IV group
(c) VIII group
(d) zero group

Question. The carbon based reduction method is not used for the extraction of
(a) tin from SnO2
(b) iron from Fe2O3
(c) aluminium from AI2O3
(d) magnesium from MgCO3 , CaCO3

Question. Among the following substituted silanes, the one which will give rise to cross linked silicon polymer on hydrolysis is
(a) R4Si
(b) RSiCI3
(c) R2SiCI2
(d) R3SiCl

Question. Which type of silicate is shown in the given figure?

(a) Orthosilicate
(b) Pyrosilicate
(c) Metasilicate
(d) None of these

Question. The soldiers of Napolean army while at Alps during freezing winter suffered a serious problem as regards to the tin buttons of their uniforms. White metallic tin buttons got converted to grey powder. This transformation is related to
(a) a change in the crystalline structure of tin
(b) an interaction with nitrogen of the air at very low temperature
(c) a change in the partial pressure of oxygen in the air
(d) an interaction with water vapour contained in the humid air

Question. Which of the following does not contain silicon?
(a) Kaoline
(b) Agate
(c) Ruby
(d) Quartz

Question. Which of the following oxides is amphoteric in character?
(a) SnO2
(b) SiO2
(c) CO2
(d) CaO

Question. Which of the following is used for making optical instruments ?
(a) SiO2
(b) Si
(c) SiH4
(d) SiC

Question. Diamond is hard because
(a) all the four valence electrons are bonded to each carbon atom by covalent bonds
(b) it is a giant molecule
(c) it is made up of carbon atoms
(d) it cannot be burnt

Question. A fibrous mineral which can withstand red hot flames without any damage is
(a) talc
(b) glass wool
(c) soap stone
(d) asbestos

Question. Which one of the following statements about the zeolites is false ?
(a) They are used as cation exchangers
(b) They have open structure which enables them to take up small molecules
(c) Zeolites are alurninosilicates having three dimensional network
(d) Some of the SiO44- units are replaced by AlO5–4 and AlO9-6 ions in zeolites

Question. Graphite is a soft solid lubricant extremely difficult to melt. The reason for this anomalous behaviour is that, graphite
(a) is a non-crystalline substance
(b) is an allotropic form of diamond
(c) bas molecules of variable molecular masses like polymers
(d) bas carbon atoms arranged in large plates of rings of strongly bound carbon atoms with weak interplate bonds

Question. One recently discovered allotrope of carbon (e.g. C60) is known as
(a) fluorine
(b) fullerene
(c) flourene
(d) freon

Question. Which of the following is not correct ?
(a) SiO2 is used as acidic flux
(b) The distance between the layers in graphite is 3.35x 10-3 cm
(c) SiO2 reacts with Na 2CO3 and liberates CO
(d) The hybridisation of C in graphite is sp2

Question. In the preparation of amorphous silicon, HF acid is used to remove
(a) Mg
(b) SiO2
(c) Si
(d) None of these

Question. Buckminster-fullerene is a variety of
(a) boron
(b) carbon
(c) ammonia
(d) fluorine

Question. CO2 goes to air, causes green house effect and gets dissolved in water. What will be its effect on soil fertility and pH of the water?
(a) Increase
(b) Decrease
(c) Remain same
(d) None of these

Question. The purest form of coal is
(a) peat
(b) anthracite
(c) bituminous
(d) lignite

Question. Carborundum is obtained when silica is heated at high temperature with
(a) carbon
(b) carbon monoxide
(c) carbon dioxide
(d) calcium carbonate

Question. Which of the following is used in making printer’s ink, shoe polish, black varnish and paint ?
(a) Lamp black
(b) Bone black
(c) Carbon black
(d) None of these

Question. The incon-ect statement/s among the following is/are
I. NCl5 does not exist while PCl5 does.
II. Lead prefers to form tetravalent compounds.
III. The three C—O bonds are not equal in the carbonate ion.
IV. Both O+2 and NO are paramagnetic.
(a) I, III and IV
(b) I and IV
(c) II and III
(d) I and III
(e) IV Only

We hope you liked the above provided MCQ Questions Chapter 11 The p-Block Elements Class 11 Chemistry with solutions. If you have any questions please ask us in the comments box below. 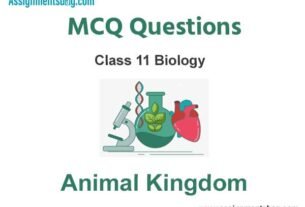 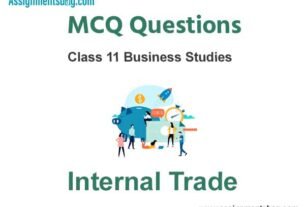