Please refer to the following Chapter 7 Outcomes of Democracy MCQ Questions Class 10 Social Science with solutions for all important topics in the chapter.

Question. Most democracies have failed on which of the following issues?
(a) Corruption
(b) Removal of poverty
(c) Political equality
(d) Both (a) and (b)

Question. More than half of population of which country lives in poverty?
(a) India
(b) Bangladesh
(c) Sri Lanka
(d) All of the above

Question. Which of the following statement is against the spirit of democracy?
(a) Democracy promotes equality among citizens
(b) It enhances the dignity of the individual
(c) It does not allow room to correct mistakes
(d) It provides method to resolve conflicts

Question. In actual life, democracies do not appear to be very successful in:
(a) Reducing economic inequalities
(b) Maintaining dignity of each individual
(c) Ensuring equality to all
(d) All of the above

Question. Democracies are based on:
(a) Social equality
(b) Economic equality
(c) Political equality
(d) All of these

Question. Which of the following factors is often missing from a non-democratic government?
(a) Accountability
(b) Responsibility
(c) Transparency
(d) All of these
Ans. (d) All of these

Question. On which of the following pair of factors,economic development does not depend?
(a) Country’s population size and global situation
(b) Cooperation from other countries and country’s economic priorities
(c) Global situation and resources available in the country
(d) Both (a) and (b)

Question. In the context of assessing democracy which among the following is the odd one out. Democracies needs to ensure:
(a) Free and fair election
(b) Dignity of the individual
(c) Majority rule
(d) Equal treatment before law

Question. Which of the following features is NOT associated with a democratic government?
(a) Democracy is based on the idea of deliberation and negotiation
(b) There is transparency in decisionmaking.
(c) Decisions are taken quickly and are often forced upon people
(d) None of the above

Question. Which of the following outcome of democracy cannot be ignored?
(a) Democracy’s ability to generate its own support
(b) Democracy often frustrates the needs of the people
(c) Democracy often ignores the demands of a majority of its population
(d) All of the above

Correct and Re-write/ True-False
Question. Democracies are based on social prosperity.

Question. Democratic governments have a very good record when it comes to sharing information with citizens.

Question. Dictatorships are based on political equality.

Question. Democracy transforms people from the status of a subject into that of a ………………….. .

Question. Ability to handle social differences, divisions and conflicts is a plus point of ……………………….. .

Question. Complete the following statement:Democracy remains democracy only as long as every citizen has a chance of being in …………………… at some point of time.

Question. Assertion (A) : Democracy is a legitimate government.
Reason (R) : Regular, free and fair elections are the spirit of democracy.

We hope you liked the above provided MCQ Questions Chapter 7 Outcomes of Democracy Class 10 Social Science with solutions. If you have any questions please ask us in the comments box below. 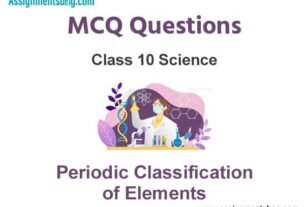