Please refer to the following Chapter 7 Glimpses of India MCQ Questions Class 10 English with solutions for all important topics in the chapter.

Question. Choose the answer that lists the correct option about the recording of the baker’s monthly accounts.

Question. The statement that is TRUE about payment collection, according to the passage is:
A) The baker received payment on a daily basis.
B) The baker was paid for his services at the end of the month.
C) The baker insisted that customers pay before the month-end.
D) The baker chose to receive payment any day of the month.

Question. The extract uses the phrase, ‘invites (the) comments’. Which of the following expressions is
incorrect with respect to the word ‘invites’?

Question. Where did Rajvir and Pranjol study?
A) Assam
B) Coorg
C) Goa
D) Delhi

Question. What did the children long for?
A) Loaves
B) bread bangles
C) banana bread
D) all of the above

Question. Who is the author of “A Baker from Goa”?
A) Arup Kumar Datta
B) Lokesh Abrol
C) Lucio Rodrigues
D) None of the Above

Question. Was Rajvir a fan of detective stories?
A) Yes
B) No
C) maybe
D) don’t know

Question. “The climb to the _____hills brings you into a panoramic view of the entire misty landscape of Coorg.”
A) Brahmagiri
B) Himalayan
C) Nilgiri
D) Parvati

Question. In Europe, tea was drunk as more of a _____ than _____.
A) medicine, beverage
B) beverage, medicine
C) sleep waver, medicine
D) sleep banisher, medicine

Question. Where is Coorg situated?
A) Mysore
B) Mangalore
C) Karnataka
D) Kerala

Question. What are the activities available in Coorg?
A) River.rafting
B) Canoeing
C) Mountain biking
D) All of the above

The baker or bread-seller of those days had a peculiar dress known as the kabai. It was a single piece long frock reaching down to the knees. In our childhood we saw bakers wearing shirt and trousers which were shorter than full-length ones and longer than half pants. Even today, anyone who wears a half pant which reaches just below the knees invites the comment that he is dressed like a pader!

Question. Choose the answer that lists the correct option about the recording of the baker’s monthly accounts.

Question. When the writer says, ‘Baking was indeed a profitable profession in the old days.’, he means that
(i) baking isn’t as popular in Goa currently
(ii) bakers have chosen to adopt other professions
(iii) baking, as a job, isn’t as gainful as it used to be
(iv) bakers’ goods were of a better quality in earlier times

Question. The statement that is TRUE about payment collection, according to the passage is:
(i) the baker received payment on a daily basis
(ii) the baker was paid for his services at the end of the month
(iii) the baker insisted that customers pay before the month-end
(iv) the baker chose to receive payment any day of the month

Question. The kabai was a ‘peculiar’ outfit as it was
(i) a tight-fitting apparel
(ii) too colourful
(iii) made of unsuitable materials
(iv) a dress-like attire

Question. The extract uses the phrase, ‘invites (the) comments’. Which of the following expressions is incorrect with respect to the word ‘invites’ ? (Img 73)
(i) option 1
(ii) option 2
(iii) option 3
(iv) option 4

Pranjol’s father slowed down to allow a tractor, pulling a trailer-load of tea leaves, to pass. ‘This is the second flush or sprouting period, isn’t it, Mr. Barua?’ Rajvir asked, ‘It lasts from May to July and yields the best tea.’
‘You seem to have done your homework before coming,’ Pranjol’s father said in surprise. ‘Yes, Mr.
Barua,’ Rajvir admitted. ‘But I hope to learn much more when I’m here.’

Question. What is the best period to yield tea?
(i) May to October
(ii) July to August
(iii) May to July
(iv) June to November

Question. What did the baker used to bring for children?
(a) Loaves
(b) Bread Bangles
(c) Sweet bread
(d) Sandwiches

Question. How is the traditional baker recognised?
(a) With the thud and jingle of the bamboo
(b) With his baking style
(c) With his clothing style
(d) None of the above

Question. Match the following essentials required during various events as mentioned in ‘A Baker from Goa’. Events Essentials

Question. From where did the ‘jhang-jhang’ sound come?
(a) Basket of bread
(b) Musical instrument used by baker
(c) Noises of children
(d) Specially made bamboo staff of baker

Question. Choose the option that lists the set of sentences that are not true according to the given extract.
(i) The loaves of bread loved by the narrator are Portuguese.
(ii) The loaves of bread are a special delicacy in Goa.
(iii) The baker is a celebrated personality of Goa.
(iv) Baking as a profession is dead in Goa.
(v) The arrival of a baker is a special highlight of the day for the narrator.
(vi) The narrator misses the loaves of Portuguese bread sellers.
(a) 1 and 2
(b) Only 4
(c) Only 6
(d) 3 and 5

Question. The author is ……… when he says, ‘‘Loaves for the elders and the bangles for the children”.
(a) despairing
(b) proud
(c) nostalgic
(d) regretful

Read the extract to attempt the questions that follow.
“Our elders are often heard reminiscing nostalgically about those good old Portuguese days, the Portuguese and their famous loaves of bread. Those eaters might have vanished but the makers are still there. We still have amongst us the mixers, the moulders and those who bake the loaves. Those age-old, time-tested furnaces still exist. The fire in these furnaces has not yet been extinguished. The thud and jingle of traditional baker’s bamboo, heralding his arrival in the morning, can still be heard in some places.”

Question. Why do you think the baker came in with ‘a thud and a jingle’?
(a) He wanted to make everyone alert and active with his presence
(b) He wanted to wake up everyone from their slumber and ask them to visit the bakery
(c) He was used to making a loud noise as most people responded to just that
(d) He wanted to make people aware that he had come around to sell his goods

Question. The narrator says that the furnaces were ‘time-tested’ because
(a) they had been thoroughly tested each time, before being used
(b) they had proved the test of time and were working well
(c) they had been tested by modern day experts
(d) they had the power to withstand inexperienced usage

Question. Pick the idiom that brings out the same meaning of ‘reminiscing’ as used in the passage.
(a) Train of thought
(b) Commit something to memory
(c) A trip down memory lane
(d) Jog somebody’s memory

Read the extract to attempt the questions that follow.
The baker made his musical entry on the scene with the ‘jhang jhang’ sound of his specially made bamboo staff. One hand supported the basket on his head and the other banged the bamboo on the ground. He would greet the lady of the house with ‘Good Morning’ and then place his basket on the vertical bamboo. We kids would be pushed aside with a mild rebuke and the loaves would be delivered to the servant. But we would not give up. We would climb a bench or the parapet and peep into the basket, somehow.

Question. How would the baker greet the lady of the house?
(a) With Good Evening
(b) With Good Morning
(c) With a Bow
(d) With a Smile 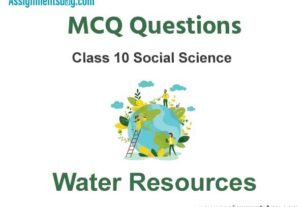 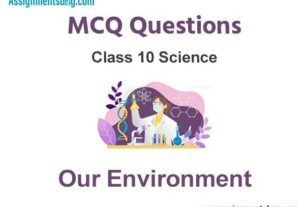 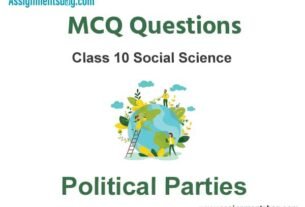