Please refer to the following Chapter 7 Evolution MCQ Questions Class 12 Biology with solutions for all important topics in the chapter.

Question- Presence of gills in the tadpole of frog indicates that:
(a) frogs evolved from gilled ancestors
(b) fishes were amphibious in the past
(c) fishes evolved from frog-like ancestors
(d) frogs will have gills in future

Question-The theory which explains the origin of life and is based upon experiments is:
(a) biogenesis
(b) catastrophism
(c) abiogenesis
(d) chemical theory

Question-There is no life in Moon due to the absence of:
(a) water
(b) light
(c) temperature
(d) oxygen

Question- Chemical theory of origin of life was given by:
(a) Spallanzani
(b) Louis Pasteur
(c) Stanley Miller
(d) Oparin and Haldan

Question- Who performed an experiment to prove that organic compounds were the basis of life?
(a) Calvin
(b) Miller
(c) Oparin
(d) Melvin

Question- The classical example of adaptive radiation in development of new species is:
(a) Darwin’s finches
(b) Marsupials of Austra
(c) Both of these
(d) None of these

Question-Two zoogeographical regions separated by high mountain ranges are:
(a) Oriental and Austr an
(b) Palaearctic and Oriental
(c) Nearctic and Palaearctic
(d) Neotropical and Ethiopian

Question- Which of the following experiments suggests that simplest living organisms could not have originated spontaneously from nonliving matter?
(a) Microbes did not appear in stored meat
(b) Larvae could appear in decaying organic matter
(c) Microbes appeared from unsterilized organic matter

Question- Bacteria that live around deep-sea lot water meets obtain energy by oxidising inorganic hydrogen sulphide belched out by the verts. They use this energy to build organic molecules from carbon obtained from the carbon dioxide in the sea water. These bacteria night be deceived as-
(a) Photohetero trophs
(b) Chenoauto trophs
(c) Photoautotrophs
(d) Chenohetero trophs

Question- The presence of salts (NaCI and others) in the animal body fluids gives an inference that life originated in the:
(a) rain water
(b) salt solutions
(c) primitive ocean
(d) none of these

Question- Stanley Miller proposed origin of life by:
(a) biogenesis
(b) abiogenesis
(c) chemical synthesis
(d) none of these

Question- ‘Modern theory of origin of life’ was propounded by:
(a) Oparin
(b) Miller
(c) Darwin
(d) Khorana

Question- The basis of life is:
(a) lipid
(b) protein
(c) nucleic acid
(d) nucleoprotein

Question- Origin of life as a result of chemical evolution was properly explained by:
(a) Fax
(b) Oparin
(c) Watson
(d) Haeckel

Question- Which of the following evolved first?
(a) Coacervates
(b) Viroids
(c) Cyanobacteria
(d) Mycoplasma

Question- Which one of the following amino acids was not found to be synthesized in Miller’s experiment?
(a) Alanine
(b) Glycine
(c) Aspartic acid
(d) Glutamicacid

Question- On the primitive Earth, polymers such as proteins and nucleic acids in aqueous suspension formed the spherical aggregates. These are called:
(a) liposomes
(b) primitogens
(c) coacervates
(d) primitosomes

Question- The primitive Earth conditions were experimentally shown by.
(a) Miller
(b) Urey
(c) Oparin
(d) Both (a) and (b)

Question- Coacervates were experimentally produced by:
(a) Urey and Miller
(b) Jacob and Monod
(c) Fischer and Huxley
(d) Sidney Fox and Oparin

Question- Which one of the following pairs has homologous organs?
(a) Air bladder offish and lungs of frog
(b) Wings of a bat and wings of cockroach
(c) Wings of a bird and wings of a butterfly
(d) Pectoral fins of a fish and forelimbs of a horse

Question- Organisms which obtain energy by the oxidation of reduced inorganic compounds are called:
(a) saprozoic
(b) chemoautotrophs
(c) photoautotrophs
(d) coproheterotrophs

Question- Which one of the following is incorrect about the characteristic of protobionts (coacervates and microspheres) as envisaged in abiogenic origin of life?
(a) They were able to reproduce
(b) They could maintain an internal environment
(c) They were partially isolated from the surroundings
(d) They could separate combinations of molecules from the surroundings

Question- Which pair of organs are analogous in nature?
(a) Gill of fish and gill of prawn
(b) Ear of frog and ear of rabbit
(c) Arm of man and limb of horse
(d) Wing of bat and flipper of seal

Question- The organs which look different but have the same basic structure and origin are known as:
(a) homologous
(b) vestigial
(c) heterologous
(d) analogous

Question- Evolutionary history of a group of organisms is called:
(a) ontogeny
(b) taxonomy
(c) systematics
(d) phylogeny

Question- Three forms of the peppered moth, Bistan betularia, namely the melanic form, the pale form, and a form intermediate between these two, are found in Britain today.
The melanic form was first observed in 1848 and its frequency subsequently inqreased. This is thought to be the result of
(a) adaptive radiation.
(b) convergent evolution.
(c) divergent evolution.
(d) natural selection.

Question- Which of the following experiments suggests that simplest living organisms could not lave originated spontaneously from non-living matter-
(a) Microbes did not appear in stored meat
(b) Larvae could appear is decaying organic matter
(c) Microbes appeared from unsterilised organic matter
(d) Meat was not spoilt, when heated and kept sealed in a ressel

We hope you liked the above provided MCQ Questions Chapter 7 Evolution Class 12 Biology with solutions. If you have any questions please ask us in the comments box below. 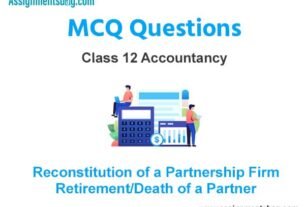 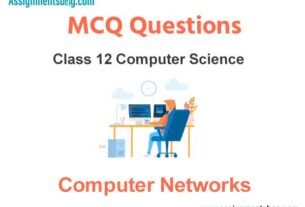