Please refer to the following Chapter 6 Molecular Basis of Inheritance MCQ Questions Class 12 Biology with solutions for all important topics in the chapter.

Question- Which is required for protein synthesis?
(a) Initiation codon
(b) GTP
(c) Peptidyi transferase
(d) All of these

Question- Termination of polypeptide chain is brought about by
(a) UUG,UAGandUCG
(b) UCG,GCGandACC
(c) UAA, UAG and UGA
(d) UUG, UGCandUCA

Question- Whose experiments cracked the DNA and discovered unequirocally that a genetic code in a triplet ?
(a) Nierenberg and Mathei
(b) Margon and Sturtevant
(c) Fieshey and chose
(d) Beadle and Tatun

Question- Tryptophanoperonof£sc/?erfc/)/aco//is
(a) a repressive system
(b) an inducible system
(c) an unregulated system
(d) monocistronlc

Question- A. Both DNA and RNA are able to mutate:
B. RNA being unstable, mutates at a faster rate
C. RNA is also known to be catalytic, hence reactive
D. The presence of thymine at place of uracil confers additional stability tcfbNA.
(a) All are correct
(b) All are incorrect
(c) Only A, B and P are correct
(d) Only D is correct

Question- How many structural genes are present in the tryptophan operon?
(a) two
(b) three
(c) four
(d) five

Question- The transcription of lac operon is controlled by
(a) promoter
(b) only by regulator
(c) operator and promoter
(d) operator; prbmoter and regulator

Question- In operon model, regulator gene functions as
(a) represser
(b) regulator
(c) inhibitor
(d) all of these

Question- Wild type Escherichia coli growing on medium having glucose is transferred to lactose containing medium. Which one of the following change will occur?
(a) The bacterium stops dividing
(b) All operons are induced
(c) Lac operon is suppressed
(d) Lac operon is induced

Question- What is a split gene?
(a) A gene with a crack in it
(b) A gene which has no promoter
(c) A jumping gene
(d) A gene whose entire sequences are not retained in the mature RNA

Question. The stretch of codons between AUG and a stop codon is called
(a) open reading frame
(b) TATA box
(c) colinearity
(d) degenerate

Question. Genes which are active all the time synthesizing substances needed by the cell are called
(a) Cellular luxury genes
(b) metabolic genes
(c) house keeping genes
(d) control genes

Question. Enzyme which can break and seal the DNA strand
(a) Topoisomease II
(b) Helicase
(c) Primase
(d) Restriction endonuclease

Question. In a nucleotide, the nitrogen base is joined to the sugar molecule by
(a) Phosphodiester bond
(b) Glycosidic bond
(c) Hydrogen bond
(d) (a) &(b)

Question. Hershey and Chase experiment proving DNA as the genetic material was based on the principle
(a) Transduction
(b) transformation
(c) transcription
(d) translation

Question. Read the statements given below and identify the incorrect statement.
(a) The human genome contains 3164.7 million nucleotide bases.
(b) The average gene consists of 30,000 bp
(c) The total number of genes is estimated at 30,000.
(d) Chromosome Y has 231 genes
(e) Less than 2% of the genome codes for proteins.

We hope you liked the above provided MCQ Questions Chapter 6 Molecular Basis of Inheritance Class 12 Biology with solutions. If you have any questions please ask us in the comments box below. 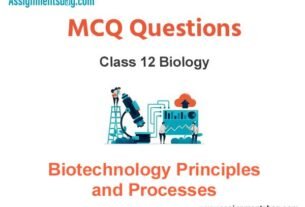 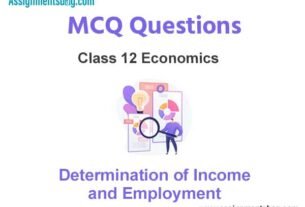