Please refer to the following Chapter 6 Work Energy and Power MCQ Questions Class 11 Physics with solutions for all important topics in the chapter.

Question. A vehicle is moving with a uniform velocity on a smooth horizontal road, then power delivered by its engine must be
(a) uniform
(b) increasing
(c) decreasing
(d) zero

Question. Which of the following force(s) is/are non-conservative?
(a) Frictional force
(b) Spring force
(c) Elastic force
(d) All of these

Question. The vessels A and B of equal volume and weight are immersed in water to depth h. The vessel A has an opening at the bottom through which water can enter. If the work done in immersing A and B are WA and WB respectively, then
(a) WA = WB
(b) WA < WB
(c) WA > WB
(d) WA >< WB

Question. A bullet fired into a fixed target loses half of its velocity after penetrating 3 cm. How much further it will penetrate before coming to rest assuming that it faces constant resistance to motion ?
(a) 2.0 cm
(b) 3.0 cm
(c) 1.0 cm
(d) 1.5 cm

Question. A block is acted upon by a force, which is inversely proportional to the distance covered (x). The work done will be proportional to
(a) x
(b) x1/2
(c) x2
(d) None of these

Question. A motor cycle is moving along a straight horizontal road with a speed v0. If the coefficient of friction between the tyres and the road is m, the shortest distance in which the car can be stopped is

Question. Which of the following must be known in order to determine the power output of an automobile?
(a) Final velocity and height
(b) Mass and amount of work performed
(c) Force exerted and distance of motion
(d) Work performed and elapsed time of work

Question. The engine of a truck moving along a straight road delivers constant power. The distance travelled by the truck in time t is proportional to
(a) t
(b) t2
(c) √t
(d) t3/2

Question. The work done in stretching a spring of force constant k from length l1 and l2 is

Question. If the force acting on a body is inversely proportional to its velocity, then the kinetic energy acquired by the body in time t is proportional to
(a) t0
(b) t1
(c) t2
(d) t4

Question. The engine of a vehicle delivers constant power. If the vehicle is moving up the inclined plane then, its velocity,
(a) must remain constant
(b) must increase
(c) must decrease
(d) may increase, decrease or remain same.

Question. A bullet of mass ‘a’ and velocity ‘b’ is fired into a large block of wood of mass ‘c’. The bullet gets embedded into the block of wood. The final velocity of the system is

Question. Which one of the following physical quantities is represented by the shaded area in the given graph?

Question. A particle of mass m1 moving with velocity v collides with a mass m2 at rest, then they get embedded. Just after collision, velocity of the system
(a) increases
(b) decreases
(c) remains constant
(d) becomes zero

Question. A cord is used to lower vertically a block of mass M, a distance d at a constant downward acceleration of g/4. The work done by the cord on the block is

Question. A ball projected from ground at a certain angle collides a smooth inclined plane at the highest point of its trajectory. If the collision is perfectly inelastic then after the collision, ball will
(a) come to rest
(b) move along the incline
(c) retrace its path.

Question. A small body is projected in a direction inclined at 45º to the horizontal with kinetic energy K. At the top of its flight, its kinetic energy will be
(a) Zero
(b) K/2
(c) K/4
(d) K/√2

Question. A body of mass m is suspended from a massless spring of natural length l. It stretches the spring through a vertical distance y. The potential energy of the stretched spring is

Question. A block moving with speed V starts compressing a spring of spring constant k as shown in figure. The compression in spring when speed of block becomes V/2 is

Question. Work done against spring force in increasing the extension in a spring from x1 to x2 is (spring constant is k)

Question. A body of mass m initially at rest starts moving and attains a velocity A in time T. Then, what is the instantaneous power delivered by force to the body in time t?

Question. If coefficient of restitution between ball and ground is e, then find speed of ball just after collision

Question. A radioactive nucleus of mass number A initially at rest emits an α-particle having kinetic energy K. The KE of recoiling nucleus will be
(a) K
(b) K/A−4
(c) 4K/A−4
(d) K/4

Question. If a small particle of mass m is released from horizontal position as shown. (c is centre of circular path). Then the maximum tension in thread will be

Question. A bullet of mass m moving horizontally with velocity v is fired into a large wooden block of mass M kept at rest on a smooth horizontal surface. The magnitude of final velocity of this bullet-block system is
(a) (m + M)v /m
(b) (m + M)v /M
(c) mv/M+m
(d) (M – m)v /m

Question. A bullet of mass m is moving with speed u hits a stationary wooden block of mass M placed on a smooth surface and gets embedded into it, then the percentage loss of energy during collision is

Question. The blocks shown in figure are identical and each has mass 2 kg. If block A moving with speed 4 m/s collides with B and collision is perfectly elastic then the maximum compression produced in spring will be [spring constant k = 100 N/m]

We hope you liked the above provided MCQ Questions Chapter 6 Work Energy and Power Class 11 Physics with solutions. If you have any questions please ask us in the comments box below. 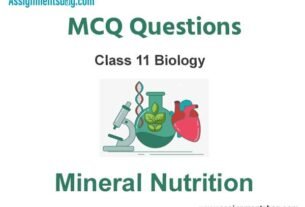 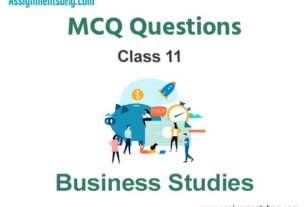 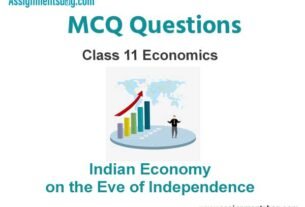