Please refer to the following Chapter 5 Surface Chemistry MCQ Questions Class 12 Chemistry with solutions for all important topics in the chapter.

Question. Which one of the following is correctly matched?
(a) Emulsion – smoke
(b) Gel – butter
(c) Aerosol – hair cream
(d) Sol – whipped cream

Question. Which of the following is not the property of hydrophilic solutions?
(a) High concentration of dispersed phase can be easily obtained
(b) Coagulation is reversible
(c) Viscosity and surface tension are nearly the same as that of water
(d) The charge of the particles depend on the pH of the medium and it may be positive, negative or zero

Question. Which of the following statements is incorrect regarding physisorption?
(a) It occurs because of van der Waals’ forces
(b) More easily liquefiable gases are adsorbed readily
(c) Under high pressure it results into multin1olecular layer on adsorbent surface
(d) Enthalpy of adsorption (ΔHadsorption) is slow and positive

Question. From the following which is not a surface phenomenon?
(a) Corrosion
(b) Crystallisation
(c) Heterogeneous catalysis
(d) Water and its vapour in a dossed vessel
(e) None of the above

Question. Which one of the following graphs represents Freundlich adsorption isothenn ?

Question. Which of the following is a wrong statement for physisorption?
(a) It is a reversible reaction
(b) Reaction requires an energy of activation
(c) The value of adsorption enthalpy is low
(d) It generally occurs at a low temperature

Question.  Separation of colloidal particles from those of molecular dimensions by means of electric current is known as
(a) electroosmosis
(b) electrophoresis
(c) electrodialysis
(d) electrolysis

Question. Gold number is the index for
(a) protective power of lyophilic colloid
(b) purity of gold
(c) metallic gold
(d) electroplated gold

Question. A freshly prepared Fe(OH)3 precipitate is peptised by adding FeCl3 solution. The charge on the colloidal particles is due to preferential adsorption of
(a) Br− ion
(b) Fe3+ion
(c)OH− ion
(d) Ba2+ ion

Question. The values of colligative properties of colloidal solution are of small order in comparison to those shown by true solutions of same concentration because colloidal particles
(a) exhibit enormous surface area
(b) remain suspended in the dispersion medium
(c) form lyophilic colloids
(d) are comparatively less in number

Question. In a coagulating experiment, 5 mL of As2S3 is mixed with distilled water and 0.2 M solution of an electrolyte AB, so that the total volume is 20 mL. All solutions containing 5.4 mL of AB coagulate within 2 min. The flocculation value of AB (in millimole) is
(a) 5
(b) 50
(c) 54
(d) None of these

Question. Which of the following process is responsible for the formation of delta at a place where rivers meet the sea?
(a) Emulsification
(b) Colloidal formation
(c) Coagulation
(d) Peptisation

Question. Hardy-Schulze law states that
(a) larger the charge on the coagulating ions, greater is its coagulating power, having opposite sign of solution
(b) solution must have zero gold number
(c) dispersed phase and dispersion medium must be of the same sign
(d) micelles coagulate in the presence of surfactants

Question. The migration of dispersion medium under the influence of an electric potential is called j
(a) cataphoresis
(b) electroosmosis
(c) electrophoresis
(d) gas dispersed in solid

Question. The dispersed phase in colloidal iron (III) hydroxide and colloidal gold is positively and negatively charged, respectively. Which of the following statements is not correct?
(a) Coagulation in both sols can be brought about by electrophoresis
(b) Mixing the sols has no effect
(c) Sodium sulphate solution causes coagulation in both sols
(d) Magnesium chloride solution coagulates the gold sol more readily than the iron (III) hydroxide sol

Question. Which one of the following does not involve coagulation?
(a) Clotting of blood by the use of ferric chloride
(b) Formation of delta region
(c) Treatment of drinking water by potash alum
(d) Peptisation

Question. When dilute aqueous solution of AgNO3 (excess) is added to KI solution, positively charged sol particles of AgI are formed due to adsorption of ion
(a) K+
(b) Ag+
(c) I−
(d) NO3−

We hope you liked the above provided MCQ Questions Chapter 5 Surface Chemistry Class 12 Chemistry with solutions. If you have any questions please ask us in the comments box below. 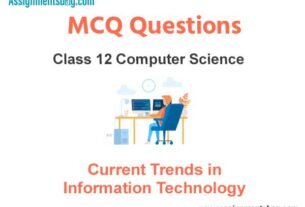 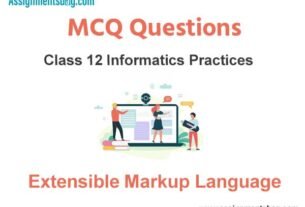