Please refer to the following Chapter 3 Moving Charges and Magnetism MCQ Questions Class 12 Physics with solutions for all important topics in the chapter.

Question. A very long straight wire carries a current I. At the instant when a charge +Q at point P has velocity v¯, as shown, the force on the charge is

Question. A metallic rod of mass per unit length 0.5 kg m–1 is lying horizontally on a smooth inclined plane which makes an angle of 30° with the horizontal. The rod is not allowed to slide down by flowing a current through it when a magnetic field of induction 0.25 T is acting on it in the vertical direction. The current flowing in the rod to keep it stationary is
(a) 7.14 A
(b) 5.98 A
(c) 14.76 A
(d) 11.32 A

Question. A charge q moves in a region where electric field and magnetic field both exist, then force on it is

Question. A proton carrying 1 MeV kinetic energy is moving in a circular path of radius R in uniform magnetic field. What should be the energy of an a-particle to describe a circle of same radius in the same field?
(a) 2 MeV
(b) 1 MeV
(c) 0.5 MeV
(d) 4 MeV

Question. A charge moving with velocity v in X-direction is subjected to a field of magnetic induction in negative X-direction. As a result, the charge will
(a) remain unaffected
(b) start moving in a circular path Y-Z plane
(c) retard along X-axis
(d) moving along a helical path around X-axis.

Question. A particle of mass m, charge Q and kinetic energy T enters in a transverse uniform magnetic field of induction B→. After 3 seconds the kinetic energy of the particle will be
(a) T
(b) 4T
(c) 3T
(d) 2T

Question. A uniform magnetic field acts right angles to the direction of motion of electrons. As a result, the electron moves in a circular path of radius 2 cm. If the speed of electrons is doubled, then the radius of the circular path will be
(a) 2.0 cm
(b) 0.5 cm
(c) 4.0 cm
(d) 1.0 cm

Question. An electron having mass m and kinetic energy E enter in uniform magnetic field B perpendicularly, then its frequency will be

Question. An alternating electric field, of frequency u, is applied across the dees (radius = R) of a cyclotron that is being used to accelerate protons (mass = m). The operating magnetic field (B) used in the cyclotron and the kinetic energy (K) of the proton beam, produced by it, are given by

Question. The magnetic field dB¯ due to a small current element dl¯ at a distance r¯ and element carrying current i is

Question. A beam of electron passes undeflected through mutually perpendicular electric and magnetic fields. If the electric field is switched off, and the same magnetic field is maintained, the electrons move
(a) in a circular orbit
(b) along a parabolic path
(c) along a straight line
(d) in an elliptical orbit.

Question. In a mass spectrometer used for measuring the masses of ions, the ions are initially accelerated by an electric potential V and then made to describe semicircular paths of radius R using a magnetic field B. If V and B are kept constant, the ratio (charge on the ion/mass of the ion) will be proportional to
(a) 1/R2
(b) R2
(c) R
(d) 1/R

Question. In Thomson mass spectrograph E¯ ⊥ B¯ then the velocity of electron beam will be

Question. A straight conductor carrying current i splits into two parts as shown in the figure. The radius of the circular loop is R. The total magnetic field at the centre P at the loop is

Question. Two circular coils 1 and 2 are made from the same wire but the radius of the 1st coil is twice that of the 2nd coil. What potential difference in volts should be applied across them so that the magnetic field at their centres is the same?
(a) 2
(b) 3
(c) 4
(d) 6

Question. An electron moves in a circular orbit with a uniform speed v. It produces a magnetic field B at the centre of the circle. The radius of the circle is proportional to

Question. Two similar coils of radius R are lying concentrically with their planes at right angles to each other. The currents flowing in them are I and 2I, respectively. The resultant magnetic field induction at the centre will be

Question. Charge q is uniformly spread on a thin ring of radius R. The ring rotates about its axis with a uniform frequency f Hz. The magnitude of magnetic induction at the center of the ring is
(a) μ0qf/2πR
(b) μ0qf/2R
(c) μ0q/2fR
(d) μ0q/2πfR

Question. A wire carrying current I has the shape as shown in adjoining figure. Linear parts of the wire are very long and parallel to X-axis while semicircular portion of radius R is lying in Y-Z plane. Magnetic field at point O is

Question. A current loop consists of two identical semicircular parts each of radius R, one lying in the x-y plane and the other in x-z plane. If the current in the loop is i. The resultant magnetic field due to the two semicircular parts at their common centre is

Question. The magnetic field of given length of wire for single turn coil at its centre is B then its value for two turns coil for the same wire is
(a) B/4
(b) B/2
(c) 4B
(d) 2B

Question. The magnetic field at centre, P will be

Question. A long straight wire of radius a carries a steady current I. The current is uniformly distributed over its cross-section. The ratio of the magnetic fields B and B′, at radial distances a/2 and 2a respectively, from the axis of the wire is
(a) 1
(b) 4
(c) 1/4
(d) 1/2

Question. Two identical long conducting wires AOB and COD are placed at right angle to each other, with one above other such that O is their common point for the two. The wires carry I1 and I2 currents, respectively. Point P is lyng at distance d from O along a direction perpendicular to the plane containing the wires. The magnetic field at the point P will be

Question. A cylindrical conductor of radius R is carrying a constant current. The plot of the magnitude of the magnetic field, B with the distance, d from the centre of the conductor, is correctly represented by the figure

Question. A coil carrying electric current is placed in uniform magnetic field
(a) torque is formed
(b) e.m.f is induced
(c) both (a) and (b) are correct
(d) none of these

Question. Current sensitivity of a moving coil galvanometer is 5 div/mA and its voltage sensitivity (angular deflection per unit voltage applied) is 20 div/V. The resistance of the galvanometer is
(a) 40 W
(b) 25 W
(c) 250 W
(d) 500 W

Question. The resistance of an ammeter is 13 Ω and its scale is graduated for a current upto 100 amps. After an additional shunt has been connected to this ammeter it becomes possible to measure currents upto 750 amperes by this meter. The value of shunt resistance is
(a) 2 Ω
(b) 0.2 Ω
(c) 2 kΩ
(d) 20 Ω

Question. A closed loop PQRS carrying a current is placed in a uniform magnetic field. If the magnetic forces on segments PS, SR and RQ are F1, F2 and F3 respectively and are in the plane of the paper and along the directions shown, the force on the segment QP is

Question. A square current carrying loop is suspended in a uniform magnetic field acting in the plane of the loop. If the force on one arm of the loop is F¯ the net force on the remaining three arms of the loop is
(a) 3F¯
(b) −F¯
(c) −3F¯
(d) F¯

Question. A circular coil ABCD carrying a current ‘i’ is placed in a uniform magnetic field. If the magnetic force on the segment AB is F¯, the force on the remaining segment BCDA is
(a) −F¯
(b) 3F¯
(c) −3F¯
(d) F¯

Question. Assertion (A): Motion of electron around a positively charged nucleus is different from the motion of a planet around the sun.
Reason (R): The force acting in both the cases is same in nature.

Question. Assertion (A): Galvanometer cannot as such be used as an ammeter to measure the value of the current in a given circuit.
Reason (R): It gives a full-scale deflection for a current of the order of micro ampere.

Question. Assertion (A): A cyclotron does not accelerate electrons.
Reason (R): Mass of electron is very small, so it gains relativistic speed very soon.

Question. Assertion (A): A galvanometer can be used as an ammeter to measure the current across a given section of the circuit.
Reason (R): For this it must be connected in series with the circuit.

Question. Assertion (A): When a magnetic dipole is placed in a non uniform magnetic field, only a torque acts on the dipole.
Reason (R): Force would not act on dipole if magnetic field were non uniform. 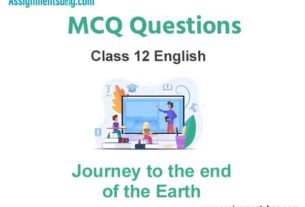 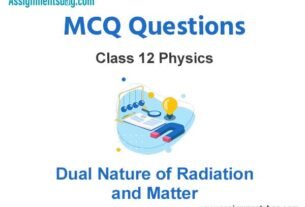