Please refer to the following Chapter 1 A Letter to God MCQ Questions Class 10 English with solutions for all important topics in the chapter.

Question. How did Lencho decide to contact his last resort?
A) by visiting them personally
B) through a letter
C) through e.mail
D) through fax

Question. Where was Lencho’s house situated?
A) bottom of the hill
B) top of a hill
C) top of a plateau
D) in a city

Question. How did he feel when he counted the money?
A) grateful
B) joyful
C) relieved
D) angry

Question. Where did Lencho expect the downpour to come from?
A) north
B) north.east
C) north.west
D) south.east

Question. What did Lencho think of the post.office employees?
A) bunch of crooks
B) rude
C) unhelpful
D) proud

Question. Who is the author of the lesson ‘A Letter to God’?
A) G.L. Fuentes
B) J.k. Rowling
C) William Shakespeare
D) Roald Dahl

Question. The postmaster was a fat, amiable man. What is the meaning of amiable?
A) rude
B) helpful
C) friendly
D) enthusaistic

Question. On seeing the letter, the postmaster was moved by Lencho’s ______
A) unwavering faith
B) handwriting
C) love for God
D) determination

Question. What is the irony in this lesson?
A) Lencho was sad after the hailstorm even though he was the one waiting for a shower
B) Postmaster laughed at Lencho but still helped arrange money for him
C) Lencho blamed the post office employees who in fact helped him
D) there is no irony

Question. What else did the reply demanded apart from goodwill, ink and paper?
A) lost crop
B) money
C) God’s signature
D) new seeds

Read the extracts given below and answer the questions that follow.

“It was only when I began to learn that my boyhood freedom was an illusion, when I discovered as a young man that my freedom had already been taken from me, that I began to hunger for it.At first as a student I wanted freedom only for myself, the transitory freedoms of being able to stay out at night, read what I pleased and go where I chose.
Later, as a young man in Johannesburg,I yearned for the basic and honourable freedoms…”

Question. The title that best suits this extract is
a. Freedom for Everything
b. Knowledge about Freedom
c. Significance of Freedom
d. Realisation of Freedom

Question. Choose the option that best fits the usage of the word ‘illusion’ as used in the extract.
a. He was never able to get past the illusion.
b. The illusion I experienced was quite intriguing.
c. A large mirror in the room creates an illusion.
d. Iwas living under the illusion that this is possible.

Question. Why do you think the speaker mentions some freedoms as ‘transitory’?
a. The freedoms are momentary and keep changing with time.
b. The definition of freedom is constant but perspectives differ.
c. Freedom means different things to different people.
d. Freedom is not that important after a certain age.

1. In the north-east huge mountains of clouds could be seen approaching. The air was fresh and sweet. The man went out for no other reason than to have the pleasure of feeling the rain on his body, and when he returned he exclaimed, these aren’t raindrops falling from the sky, they are new coins. The big drops are tencent pieces and the little ones are fives. (a) Choose the answer that lists the correct descriptions about the falling rain.

Question. Choose the answer that lists the correct descriptions about the falling rain.

Question. The extract uses the phrase, ‘proceed towards’ for rain. Identify the synonym of the phrase from the given words.

Question. What was falling from the sky?
(i) raindrops
(ii) stones
(iii) mud
(iv) money

Read the extract given below and answer the questions that follow:
The moment the letter fell into the mailbox the postmaster went to open it. “God : Of the money that I asked for, only seventy pesos reached me. Send me the rest, since I need it very much. But don’t send it to me through the mail because the post office employees are a bunch of crooks. Lencho.”

Question. Why is Lencho asking money from God?
(i) he is poor
(ii) he lost his money
(iii) he was duped of his money
(iv) his crops were ruined 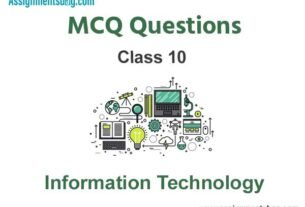 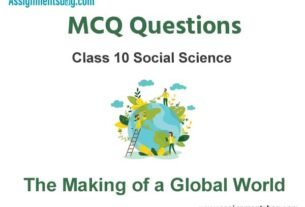