Please refer to the following Chapter 4 Reproductive Health MCQ Questions Class 12 Biology with solutions for all important topics in the chapter.

Question- Which of the following is not a STD?
A. Gonorrhea
B. Syphilis
C. Typhoid
D. Genital herpes
E. Chlamydiasis
F. Trichomoniasis
G. Hepatitis B
H. AIDS
Options :
(a) B and F only
(b) C only
(c) G only
(d) F and B only

Question- Which of the following STDs is not completely curable?
(a) Hepatitis B
(b) AIDS
(c) Genital herpes
(d) All of these

Question- Causes of infertility include
(a) Physical or congenital diseases
(b) Drugs, immunological
(c) Psychological
(d) All of these

Question- Which artificial technique is used in couples where males can’t inseminate the female or have low sperm count?
(a) IUI
(b) ICSI
(c) ZIFT
(d) None of these

Question- One of the legal methods of birth control is
(a) by having coitus at the time of day break
(b) by a premature ejaculation during coitus
(c) abortion by taking an appropriate medicine
(d) by abstaining from coitus from day 10 to 17 of the menstrual cycle.

Question- Which of the following diseases is/are not completely curable?
(a) genital herpes
(b) HIV infection
(c) Both a and b
(d) syphilis

Question- Which of the following is/are correct?
(a) pill prevents ovulation
(b) vasectomy causes semen having no sperms
(c) copper-T prevents implantation
(d) All of the above

Question- Which one of the following is the most widely accepted method of contraception in India, as at present?
(a) IUDs’ (Intra uterine devices)
(b) Cervical caps
(c) Tubectomy
(d) Diaphragms

Question- Medical Termination of Pregnancy (MTP) is considered safe up to how many weeks of pregnancy?
(a) Eight weeks
(b) Twelve weeks
(c) Eighteen weeks
(d) Six weeks

Question- The contraceptive ‘Saheli’
(a) blocks estrogen receptors in the uterus,preventing eggs from getting implanted
(b) increases the concentration of estrogen and prevents ovulation in females
(c) is an IUD
(d) is a post-coital contraceptive.

Question- Which of the following is the method of traditional contraception ?
(a) Implantation
(b) Lactational amenorrhoea
(c) Condoms
(d) Sterilization

Question- Which one of the following is the most widely accepted method of contraception in India at present?
(a) Cervical caps
(b) Tubectomy
(c) Diaphragms
(d) IUDs (Intra uterine devices)

Question- Consider the statements given below regarding contraception and answer as directed thereafter.
(1) Medical termination of pregnancy (MTP) during first trimester is generally safe.
(2) Generally chances of conception are nil until mother breast-feeds the infant upto two years.
(3) Intrauterine devices like copper-T are effective contraceptives.
(4) Contraception pills may be taken upto one week after coitus to prevent conception. Which two of the above statements are correct?
(a) 1, 3
(b) 1, 2
(c) 2, 3
(d) 3, 4

Question- Mark the incorrect statement
(a) According to 2001 census our population growth rate was 1.7%
(b) Marriageable age for male and female is respectively 18 and 21 years
(c) An ideal contraceptive should be reversible
(d) The problem of infertility in India lies most often in female partner

Question- What is the work of progesterone which is present in oral contraceptive pills?
(a) To inhibit ovulation
(b) To check oogenesis
(c) To check entry of sperms into cervix and to make them inactive
(d) To check sexual behaviour

Question- What is true for “Lactational amenorrhoea”?
I. It means absence of menstruation
II. Ovulation does not occur during the lactational period
III. Chances of failure of contraception are almost nil upto six months following parturition
IV. Side effects are almost nil
V. Contraceptive efficiency reduces after the period of intense lactation
VI. It is a natural method of contraception
VII. It increases phagocytosis of sperms
(a) II, III, IV, V, VI
(b) All except VII
(c) II, III, IV, V
(d) All

Question- Read the following 4-statements and mark the option that has both correct statemei its
A. MTP was leg zed in 1971
B. Inability to conceive or produce children even after 2 years of unprotected sexual cohabitation is called infertility
C. Surgical method of contraception prevents gamete formation
D. MTPs are relatively safe up to 12 weeks of pregnancy
(a) A, B and D
(b) B, C and D
(c) C and D
(d) A and C

Question- What is false for Z!FT?
(a) ZIFT – Zygote Intra Fallopian Transfer
(b) It follows IVF
(c) Zygote or early embryo
(d) Embryos with more than 8 blastomeres are transferred to the uterus

Question- Which of the following is/are related to STDs?
(a) infertility
(b) still birth
(c) pelvic inflammatory disease
(d) All of the above

Question- Natural methods of birth control include?
(a) abstinence
(b) coitus interruptus
(c) lactational amenorrhoea
(d) All of these

Question- What does the slogan “Hum Do Hamare Do” aim at?
(a) Raising of the marriageable age
(b) Family Planning
(c) Immunisation
(d) Economic growth

Question- Identify the false statements from the statements –
I. Birth control pills are likely to cause cardiovascular problems.
II. Awoman who substitutes or takes the place of the real mother to nurse the embryo is called surrogate mother.
III. Numerous children have been produced by invitro fertilization but with some abnorm ties.
IV. Woman plays a key role in the continuity of the family and human species.
V. Foetal sex determination test should not be banned.
(a) I and II
(b) II and IV
(c) III and V
(d) None

Question- Which is true?
I. Generally MTP is safe during the first trimester
II. Chances of contraception are nil until the mother breast-feeds the infant upto 2 years
III. IUDs are very effective contraceptives
IV. Pills may be taken upto one week after coitus to prevent conception
(a) I, II
(b) II, III
(c) III, IV
(d) l,lll

Question- One of the following is not a method of contraception. Which one?
(a) Condoms
(b) Pills of a combination of oxytocin and vasopressin
(c) Lippes Loop
(d) Tubectomy

Question- It is a disease which mainly affects mucous membrane of urinogenital tract. In males, burning feeling on passing urine, after a yellow discharge occurs, that is a accompanied by fever, headache and feeling of illness. Its name is
(a) syphilis
(b) gonorrhoea
(c) AIDS
(d) none of these

Question- Which of the following cannot be detected in a developing foetus by amniocentesis ?
(a) Sex of the foetus
(b) Down syndrome
(c) Jaundice
(d) Klinefelter syndrome

We hope you liked the above provided MCQ Questions Chapter 4 Reproductive Health Class 12 Biology with solutions. If you have any questions please ask us in the comments box below. 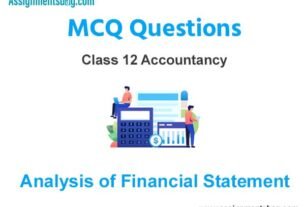 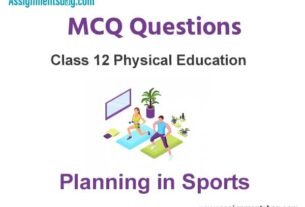