Before 1947, More than 90% of the national income relied on the Indian agricultural sector.
A significant portion of the country’s population resided in rural areas where agriculture was the primary source of livelihood. The pre-colonised India produced primary two crops, wheat and rice. Even if it was only two types of crops, country’s agriculture sector was sustainable and self-sufficient. The British invasion resulted in total commercialization of India’s agriculture industry. On the eve of Independence the one most prominent sector of this country was known to be suffering from stagnation and constant degradation.

Question. Which of the following statements are correct with reference to the zamindari system:-
1. The profit accruing out of the agriculture sector was proposed to go to the cultivators.
2. The main interest of the zamindars was only to collect the rent regardless of the iconic condition of the cultivators
(a) Both are correct
(b) both are incorrect
(c) (i)correct (ii)incorrect
(d) (i) incorrect (ii)correct

Question. Reason for low productivity in agriculture sector
(a) HYV seeds
(b) low level of technology
(c) improved irrigation system
(d) all of these

By the time India won its independence the impact of the two century long British colonial rule was already showing on all aspects of the Indian economy. The agricultural sector was already saddled with surplus labour and extremely low productivity. The industrial sector was crying for modernisation, diversification, capacity building and increased public investment. Foreign trade was oriented to feed the industrial revolution in Britain.

Question. The main reason for stagnation in agriculture during British rule was :
(a) Land settlement system
(b) De industrialization
(c) Lack of technology
(d) Commercialization of agriculture

Question. Which industry received the major setback during the colonial rule?
(a) Cement.
(b) Handicraft
(b) Paper.
(d) Iron and steel

Question. At the time of Independence in the industry was crying for modernisation due to lack of capital goods industries during British rule. (True/False).

Question. Foreign trade was oriented to feed the industrial revolution in Britain as India became an —– ——- of primary products and an ————- dash of finished consumer goods. ( Importer / Exporter, Exporter / Import). 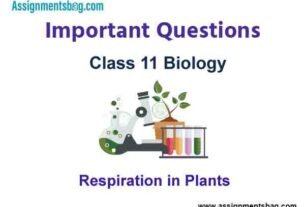