2. The electronic configuration of two elements ‘A’ and ‘B’ are 2, 8, 3 and 2, 8, 7 respectively.
(a) Find the atomic number of these elements.
(b) State the nature and formula of the compound formed by the union of these two elements.
Ans. (b) AB3 – It is an ionic compound.

3. In order to perform an experiment, Kajal took three bread slices and kept them in the following conditions:
(i) Slice 1 in dried and dark place.
(ii) Slice 2 in moist and dark place.
(ii) Slice 3 in refrigerator under moist conditions.
(a) What would she observe in each of the above conditions?
(b) Name the kind of organisms that reproduce by spore formation.
Ans. (b) Rhizopus reproduces by spore formation.

4. (a) Sneha was studying human reproduction. Her class teacher asked her to state the name of the  events which occur in the reproductive system of a human female:
(i) if egg is fertilised.
(ii) if egg is not fertilised.
(b) Mention the changes that take place in uterus in case (i).
Ans. (a) (i) Pregnancy (ii) Menstruation.
(b) In first case, the lining of uterus becomes thick and spongy, richly supplied with blood, helps in implantation of the embryo.

6. An a-particle enters a uniform magnetic field at right angles to it as shown in figure.

Two student were playing with two magnets. They observed the magnets were sometimes attracting  and sometimes repelling from their ends. They asked about magnets from their physics faculty. He demonstrated an activity with magnet’s ends and draw a diagram. Study the diagram given below.

(a) Identify the poles marked P and Q as North Pole or South Pole. Give reason in support of your answer.
(b) What is the direction of magnetic field lines inside a bar magnet ?
Ans. (a) The poles P and Q are north poles because the field lines travel from north pole to south pole.
(b) From south pole to north pole

7. The figure shows a food web arranged into trophic levels.

(a) Name and explain the phenomenon shown in the diagram.
(b) List out any three effects of the above phenomenon on humans.
Ans. (a) Ozone Layer depletion
(b) The depletion of Ozone leads to UV light entering the earth atmosphere, which can lead to skin cancer and can also play a major role in development of cataract.

8. In the following table, six elements A, B, C, D, E and F (here letters are not the usual symbols of the  elements) of the Modern Periodic Table with atomic numbers 3 to 18 are given:

9. Ajay’s friend Nikhil has four sons and one daughter. He believes that he produces more sperms with Y chromosome. Do you agree? With suitable reasons, justify whether he is right or wrong in thinking this way.
Ans. There is 50% chances of production of sperms carrying Y chromosome or X chromosome.

10. (a) From the given table, identify the metal / alloy that should be used to make the following gadgets:

11. Carefully study the circuit diagram and calculate the value of resistance ‘x‘.

12. Calculate the equivalent resistance between the point A and B of the circuit given below.

13. The activities of man had adverse effects on all forms of living organisms in the biosphere. Unlimited exploitation of nature by man disturbed the delicate ecological balance between the living and nonliving components of the biosphere. The unfavourable conditions created by man himself threatened the survival not only of him but also of the entire living  organisms on the mother earth. One of your classmates is an active member of ‘Eco club’ of your school which is creating environmental awareness amongst the school students, spreading the same in the society and also working hard for preventing environmental degradation of the surroundings.
(a) Why is it necessary to conserve our environment?
(b) What does the green and blue dustbin signifies.
Ans. (a) It is necessary to conserve environment for many reasons, including protecting ozone layer , maintaining animal and human food chains, preserving potable water and making efficient use of non-renewable resources
(b) Green dustbin is used to deposit biodegradable wastes and blue dustbin is used to deposit non-biodegradable waste. Separating biodegradable wastes from non-biodegradable wastes is very important and if not done at the begining it will become a very long and expensive process.

14. While doing experiment on pea plants. A scientist found that pea plants can have round seeds or wrinkled seeds. Also, one of the phenotypes i.e. round seed is completely  dominant over the other i.e. wrinkled. So, one day he decides to pollinate one flower of a plant with round seeds using pollen from plant with wrinkled seeds.
(a) Mention the genes for the traits of parents.
(b) State the trait of F1 hybrids.
(c) Write the ratio of F2 progeny obtained from this cross. What is the name of the cross?
Ans.  Recall genotypic and phenotypic ratio of monohybrid cross.

Why are the traits acquired during the life time of an individual not inherited? Explain.
Ans. This happens because an acquired trait involves change in non-reproductive tissues (somatic cells) which cannot be passed on to germ cells or the progeny.  Therefore, these traits cannot be inherited.

What are the characteristics of magnet field lines?
Ans. 1. The field is tangent to the magnetic field line.
2. Field strength is proportional to the line density.
3. Field lines cannot cross.
4. Field lines are continuous loops 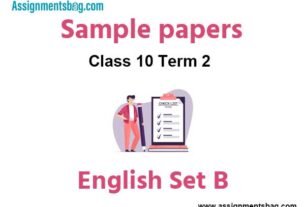 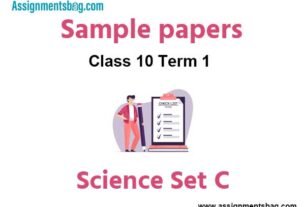