Question. Which one is the complementary base of cytosine in one strand to that in other strand of DNA?
(A) Adenine
(B) Guanine
(C) Thymine
(D) Uracil

Question. Curdling of milk is an example of:
(A) breaking of peptide linkage
(B) hydrolysis of lactose
(C) breaking of protein into amino acids
(D) denaturation of protein

Question.1. Which of the following pairs represents anomers?

Question. Dinucleotide is obtained by joining two nucleotides together by phosphodiester linkage.Between which carbon atoms of pentose sugars of nucleotides are these linkages present ?
(A) 5’ and 3’
(B) 1’ and 5’
(C) 5’ and 5’
(D) 3’ and 3’

Question. Which of the following is an example of aldohexose?
(A) Ribose
(B) Fructose
(C) Sucrose
(D) Glucose

ASSERTION AND REASON BASED MCQs

Directions: In the following questions, A statement of Assertion (A) is followed by a statement of Reason (R). Mark the correct choice as.

Question. Assertion (A): Deoxyribose, C5H10O4 is not a carbohydrate.
Reason (R): Carbohydrates are optically active polyhydroxy aldehyde or polyhydroxy ketone or substances which give aldehyde or ketone on hydrolysis.

Question. Assertion (A): Glucose reacts with hydroxylamine to form an oxime and also adds a molecule of hydrogen cyanide to give cyanohydrin.
Reason (R): The carbonyl group is present in the openchain structure of glucose.

Question. Assertion (A): The two strands of DNA are complementary to each other.
Reason (R): The hydrogen bonds are formed between specific pairs of bases.

Question. Assertion (A): Glycine must be taken through diet.
Reason (R): It is non-essential amino acid.

I. Read the passage given below and answer the following questions:

EVIDENCE FOR THE FIBROUS NATURE OF DNA

The basic chemical formula of DNA is now well established. As shown in Figure 1 it consists of a very long chain, the backbone of which is made up of alternate sugar and phosphate groups, joined together in regular 3’ 5’ phosphate di-ester linkages. To each sugar is attached a nitrogenous base, only four different kinds of which are commonly found in DNA. Two of these—adenine and guanine— are purines, and the other two thymine and cytosine-are pyrimidines. A fifth base, 5-methyl cytosine, occurs in smaller amounts in certain organisms, and a sixth, 5-hydroxy-methyl-cytosine, is found instead of cytosine in the T even phages. It should be noted that the chain is unbranched, a consequence of the regular internucleotide linkage. On the other hand the sequence of the different nucleotides is, as far as can be ascertained, completely irregular. Thus, DNA has some features which are regular, and some which are irregular. A similar conception of the DNA molecule as a long thin fiber is obtained from physicochemical analysis involving sedimentation, diffusion, light scattering, and viscosity measurements. These techniques indicate that DNA is a very asymmetrical structure approximately 20 A wide and many thousands of angstroms long. Estimates of its molecular weight currently center between 5 X106 and X107 (approximately 3 X104 nucleotides). Surprisingly each of these measurements tend to suggest that the DNA is relatively rigid, a puzzling finding in view of the large number of single bonds (5 per nucleotide) in the phosphate-sugar back bone. Recently these indirect inferences have been confirmed by electron microscopy.

Question. Out of the four different kinds of nitrogenous bases which are commonly found in DNA, ___________ has been replaced in some organisms.
(A) adenine
(B) guanine
(C) cytosine
(D) thymine

II. Read the passage given below and answer the following questions:

The two monosaccharides are joined together by an oxide linkage formed by the loss of a water molecule. Such a linkage between two monosaccharide units through oxygen atom is called glycosidic linkage. In disaccharides, if the reducing groups of monosaccharides i.e., aldehydic or ketonic groups are bonded, these are non-reducing sugars, e.g., sucrose. On the other hand, sugars in which these functional groups are free, are called reducing sugars, for example, maltose and lactose. A non reducing disaccharide ‘A’ on hydrolysis with dilute acid gives an equimolar mixture of D–(+)– glucose and D-(-)-Fructose.

Question. What is the mixture of D-(+) glucose and D-(+) fructose known as ?
(A) Anomers
(B) Racemic mixture
(C) Invert sugar
(D) Optical mixture

Question. In the above reaction, reactant ‘A’ is:
(A) Glucose
(B) Sucrose
(C) Maltose
(D) Fructose

Question. Name the linkage that holds the two units in the disaccharide ?
(A) Nucleoside linkage
(B) Glycosidic linkage
(C) Peptide linkage
(D) None of the above

III. Read the passage given below and answer the following questions:

Question. Each triplet of nucleotides is called:
(A) Anticodon
(B) Codon
(C) mRNA
(D) tRNA

Question. Which of the following nitrogen bases is not present in RNA?
(A) Thymine
(B) Adenine
(C) Guanine
(D) Cytosine

IV. Read the passage given below and answer the following questions:

Adenosine triphosphate (ATP) is the energycarrying molecule found in the cells of all living things. ATP captures chemical energy obtained from the breakdown of food molecules and releases it to fuel other cellular processes. ATP is a nucleotide that consists of three main structures: the nitrogenous base, adenine; the sugar, ribose; and a chain of three phosphate groups bound to ribose. The phosphate tail of ATP is the actual power source which the cell taps. Available energy is contained in the bonds between the phosphates and is released when they are broken, which occurs through the addition of a water molecule (a process called hydrolysis). Usually only the outer phosphate is removed from ATP to yield energy; when this occurs ATP is converted to adenosine diphosphate (ADP), the form of the nucleotide having only two phosphates.
The importance of ATP (adenosine triphosphate) as the main source of chemical energy in living matter and its involvement in cellular processes has long been recognized. The primary mechanism whereby higher organisms, including humans, generate ATP is through mitochondrial oxidative phosphorylation. For the majority of organs, the main metabolic fuel is glucose, which in the presence of oxygen undergoes complete combustion to CO2 and H2O:
C6H12O6 + 6O2 → 6O2 + 6H2O + energy The free energy (ΔG) liberated in this exergonic (ΔG is negative) reaction is partially trapped as ATP in two consecutive processes: glycolysis (cytosol) and oxidative phosphorylation (mitochondria). The first produces 2 mol of ATP per mol of glucose, and the second 36 mol of ATP per mol of glucose. Thus, oxidative phosphorylation yields 17-18 times as much useful energy in the form of ATP as can be obtained from the same amount of glucose by glycolysis alone. The efficiency of glucose metabolism is the ratio of amount of energy produced when 1 mol of glucose oxidised in cell to the enthalpy of combustion of glucose. The energy lost in the process is in the form of heat. This heat is responsible for keeping us warm.

The following questions are multiple choice questions. Choose the most appropriate answer:

Question. How would you explain the amphoteric behavior of amino acids?
Answer.Amino acids are amphoteric due to the presence of both acidic and basic functional groups.

Question. Give the significance of prefix ‘D’ in the name D- (+)-glucose.
Answer.‘D’ Signifies that –OH group on C-5 is on the right-hand side

Question. How many asymmetric carbon atoms are present in D (+) glucose?
Answer.  4

Question. Mention the number of hydrogen bonds between adenine and thymine.
Answer.Two

Question. What type of linkage holds together the monomers of DNA and RNA?
Answer.Phosphodiester linkage.

Question. Give the significance of (+)-sign in the name D- (+)-glucose.
Answer. (+) sign indicates dextrorotatory nature of glucose.

Question.Which nucleic acid is responsible for carrying out protein synthesis in the cell?
Answer.RNA

Question.The two strands in DNA are not identical but complementary. Explain.
Answer. complementary bases are prepared.

Question. What is meant by ‘reducing sugars’?
Answer. Reducing sugar contains aldehydic or ketonic group in the hemiacetal and hemiketal forms and can reduce Tollen’s reagent or Fehling’s solution.

Question. What are monosaccharides?
Answer. These are the simplest carbohydrates which cannot be hydrolysed to smaller molecules. Their general
formula is (CH2O)n where n = 3 – 7
Example : glucose, fructose etc.

Question. What are the products of hydrolysis of sucrose?
Answer. Glucose and fructose.

Question. What are the products of hydrolysis of maltose?
Answer. Maltose    hydrolysis →    2 molecules of glucose

Question. Name the products of hydrolysis of lactose.
Answer. Lactose on hydrolysis with dilute acids gives an equimolar mixture of D-glucose and D-galactose.

Question.(i) What products would be formed when a nucleotide from DNA containing thymine is hydrolyzed?
Ans. Complete hydrolysis of DNA yields a pentose sugar, phosphoric acid and thymine.
(ii)How will you distinguish 1° and 2° hydroxyl groups present in glucose?
Ans- On oxidation with nitric acid, glucose as well as gluconic acid both yield a dicarboxylic acid,

Question. Explain the term mutarotation?
(Ans) Mutarotation is the change in the specific rotation of an optically active compound with time, to an equilibrium mixture.

Question. (a) How are hormones and vitamins different in respect of their source and functions?
(b) Give one example each of
(i) Globular protein (ii) Fibrous protein
Answer. (a) Hormones are synthesized in our body and help in regulation of our body systems while vitamins are synthesized artificially in the laboratory or obtained from the food which helps in controlling many diseases.
(b) (i) Globular protein : All enzymes and hormones like insulin.
(ii) Fibrous protein : Keratin in skin, nails etc.

Question. How are vitamins classified? Name the vitamin responsible for the coagulation of blood.
Answer. Vitamins are classified into two types :
(i) Water insoluble vitamins : These are fat soluble substances E.g. Vitamin A, D, E and K.
(ii) Water soluble vitamins : These include Vitamin B-Complex and Vitamin C (except B12).Vitamin K or phylloquinone is responsible for the coagulation of blood.

Question. (i) Write the name of two monosaccharides obtained on hydrolysis of lactose sugar.
(ii) Why Vitamin C cannot be stored in our body?
(iii) What is the difference between a nucleoside and nucleotide?
Answer. (i) On hydrolysis, lactose gives β-D-galactose and β-D-glucose.
(ii) Vitamin C is mainly ascorbic acid which is water soluble and is readily excreted through urine and thus cannot be stored in the body.
(iii) Nucleoside. A nucleoside contains only two basic components of nucleic acids, i.e., a pentose sugar and a nitrogenous base. It is formed by the attachment of a base to 1′ position of sugar.

Question. Define the following as related to proteins :
(i) Peptide linkage (ii) Primary structure
(iii) Denaturation
Answer. (i) Peptide linkage : Two amino acids of same type or different types combine together by the elimination of H2O molecule to form – CONH- linkage.
(ii) Primary structure : It refers to the sequence in which amino acids are joined.
(iii) Denaturation : When a native protein is subjected to change in temperature or pH, hydrogen bonds get disturbed and globules get uncoiled and proteins lose their biological activity. 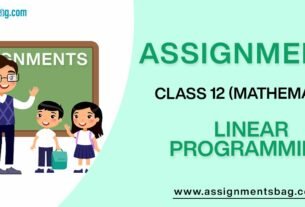