Question: In nuclear reaction, there is conservation of
(a) mass only
(b) energy only
(c) momentum only
(d) mass, energy and momentum

Question: In nuclear reactors, the control rods are made of
(a) cadmium
(b) graphite
(c) krypton
(d) plutonium

Nuclear Fission
In the year 1939, German scientist Otto Hahn and Strassmann discovered that when anuranium isotope was bombarded with a neutron, it breaks into two intermediate mass fragments.
It was observed that, the sum of the masses of new fragments formed were less than the mass of the original nuclei. This difference in the mass appeared as the energy released in the process.
Thus, the phenomenon of splitting of a heavy nucleus (usually A > 230) into two or more lighter nuclei by the bombardment of proton, neutron,a-particle, etc with liberation of energy is called nuclear fission.
92U235 + 0n1 → 92U236 → 56Ba144 + 36Kr89
Unstable nucleus
+ 30n1 + Q
Question: For sustaining the nuclear fission chain reaction in a sample (of small size) of 23592U, it is desirable to slow down fast neutrons by
(a) friction
(b) elastic damping/scattering
(c) absorption
(d) cooling

Nuclear Force
Neutrons and protons are identical particle in the sense that their masses are nearly the same and the force, called nuclear force, does into distinguish them. Nuclear force is the strongest force. Stability of nucleus is determined by the neutron proton ratio or mass defect or packing fraction. Shape of nucleus is calculated by quadrupole moment and spin of nucleus depends on even or odd mass number. Volume of nucleus depends on the mass number. Whole mass of the atom (nearly 99%) is centred at the nucleus.

Question: The correct statements about the nuclear force is/are
(a) charge independent
(b) short range force
(c) non-conservative force
(d) all of these.

Question: All the nucleons in an atom are held by
(a) nuclear forces
(b) Van der Waal’s forces
(c) tensor forces
(d) coulomb forces

Question: Assertion (A) : Density of all the nuclei is same.
Reason (R) : Radius of nucleus is directly proportional to the cube root of mass number.

Question: Assertion (A) : Thermonuclear fusion reactions may become the source of unlimited power for the mankind.
Reason (R) : A single fusion event involving isotopes of hydrogen produces more energy than energy from nuclear fission of a single uranium.

Question: From the relation R = R0 A1/3, where R0 is a constant and A is the mass number of a nucleus, show that the nuclear matter density is nearly constant (i.e., independent of A).
Answer: Density of nuclear matter = Mass of nucleus/Volume

As R0 is constant, r is constant
So, nuclear density is constant irrespective of mass number or size.

Question: Why do stable nuclei never have more protons than neutrons?
Answer: The stability of a nucleus depends on its neutron to proton ratio. More is the number of protons in the nucleus, greater is the electrical forces between them. Therefore more neutrons are needed to provide the strong attractive force necessary to keep the nucleus stable.

Question: The deuteron is bound by nuclear forces just as H-atom is made up of p and e bound by electrostatic forces. If we consider the force between neutron and proton in deuteron as given in the form of a Coulomb potential but with an effective charge e′: image 20 Estimate the value of (e′/e) given that the binding energy of a deuteron is 2.2 MeV.
Answer: We know that binding energy of hydrogen atom in ground state,

Question: Distinguish between the phenomena of nuclear fission and fusion.
Answer:

Long Answer Type Questions
Question: Deuteron is a bound state of a neutron and a proton with a binding energy B = 2.2 MeV. A Y-ray of energy E is aimed at a deuteron nucleus to try to break it into a (neutron + proton) such that the n and p move in the direction of the incident g-ray. If E = B, show that this cannot happen.
Hence, calculate how much E should be bigger than B for such a process to happen.
Answer:  Applying principle of conservation of energy, 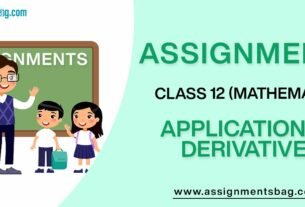