Question. Borax is used as a cleansing agent because on dissolving in water, it gives
(a) Alkaline solution
(b) Acidic solution
(c) Bleaching solution
(d) Amphoteric solution.

Question. All the elements of oxygen family are
(a) Non metals
(b) Metalloids
(c) Radioactive
(d) Polymorphic

Question. Which of the following is not a mineral of boron?
(a) Colemanite
(b) Kernite
(c) Boric Anhydride
(d) Borax

Question. Consider the following statement about Ozone I. O3 is formed by the interaction of fluorine. II. It turns tetramethyl base paper as violet. III. It turns benzidine paper as brown. The correct set of  true statement is
(a) I and II
(b) I, II and III
(c) I and III
(d) II and III

Question. Graphite is a soft solid lubricant extremely diffcult to melt. The reason for this anomalous  behaviour is that graphite.
(a) Has carbon atoms arranged in large plates of rings of strongly bound carbon atoms with weak  interplate bonds
(b) Is a non – crystalline substance
(c) Is an allotropic from of carbon
(d) Has molecules of variable molecular masses like polymers.

Question. Carbon forms a large number of compounds because it has
(a) fixed valency
(b) non-metallic nature
(c) high ionization potential
(d) property of catenation.

Question. Thallium shows different oxidation states because
(a) of its high reactivity
(b) of inert pair of electrons
(c) of its amphoteric nature
(d) it is a transition metal.

Question. The +1 oxidation state of thallium is more stable than its +3 oxidation state because of
(a) its atomic size
(b) its ionisation potential
(c) inert pair effect
(d) diagonal relationship.

Question. In graphite, electrons are
(a) localised on every third C-atom
(b) present in anti-bonding orbital
(c) localised in each C-atom
(d) spread out between the structure.

Question. In group 13, electronegativity first decreases from B to Al and then increases marginally down the group. This is because of
(a) non-metallic nature of B
(b) discrepancies in atomic size of elements
(c) ability of B and Al to form pp – pp multiple bonds
(d) irregular trend in electronegativity throughout the periodic table.

Question. The exhibition of highest co-ordination number depends on the availability of vacant  orbitals in the central atom. Which of thefollowing elements is not likely to act as central atom in MF63– ?
(a) B
(b) Al
(c) Ga
(d) In

Question. Choose the correct statement.
(a) Non-metals have higher ionisation enthalpies and higher electronegativities than the metals.
(b) Non-metals and metalloids exist only in the p-block of the periodic table.
(c) Change of non-metallic to metallic character can be illustrated by the nature of oxides they form.
(d) All are correct.

Question. Match the species given in Column I with the properties mentioned in Column II.

Question. Assertion : The tendency for catenation decreases in the order C > Si > Ge > Sn.
Reason : The catenation depends on the strength of the element-element bond.

Question. Assertion : All the trihalides of boron act as Lewis acids.
Reason : The relative strength of boron trihalides is of the order BI3 > BBr3 > BCl3 > BF3

Question. Assertion : Anhydrous AlCl3 is covalent but hydrated AlCl3 is ionic.
Reason : In water, Al2Cl6 dissociates into hydrated Al3+ and Cl– ions due to high heat of hydration of these ions.

Question. Assertion : Boron differs from aluminium and other members of group 13 in a number of  properties.
Reason : Boron shows anomalous behaviour.

Question. Assertion : The tetrahalides of carbon are not hydrolysed by water under normal conditions.
Reason : Carbon cannot expand its coordination number beyond 4 because of the absence of d-orbitals. 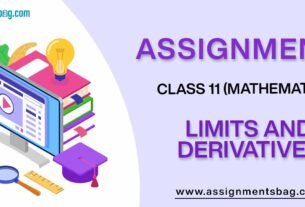 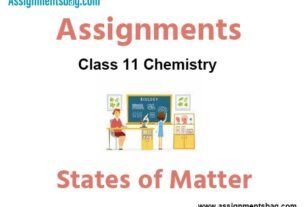