Question. Write one similarity between the democratic movement of Nepal and Water revolution of Bolivia.
Ans. Mobilization of people.

Question. Name the group which tries to influence the policies of the government?
Ans. Pressure groups

Question. Public movement is an integral part of the functioning of democracy. Write an example of any public movement.
Ans. Water revolution of Bolivia

Question. What was the cause of water revolution of Bolivia?
Ans. Against privatization of water in Bolivia.

Question. What was FEDECOR?
Ans. The organization in Bolivia comprised of local professionals including engineers and environmentalists.

Question. In April 2006 an extraordinary popular movement was organized in Nepal. What was its aim?
Ans. To restore Democracy.

Question. Name the organizations which are formed to promote self interest?
Ans. Interest groups

Question. Examine the role of pressure groups and movements in deepening democracy.
Ans. (a) It reminds the government of the needs and concern of ordinary citizens.
(b) Put pressure on the governments against any unhealthy activities.
(c) It performs a useful role of countering undue influence of the rich and powerful.
(d) Helps in maintaining balance of domination over society.
(e) Diverse opinion led to a rough balance balance of power and accommodation of conflicting interest.

(a) Universal Adult Franchise
Ans. Giving right to vote to all adult (at the age of 18 years or more) irrespective of its caste, class, colour, religion, gender etc.

(b) Election
Ans. The process of choosing representatives is known as Election

(c) Election manifesto
Ans. It provides the details of programs, policies and objectives of political parties.

Question. Read the extract and answer the following questions-
Usually interest groups seek to promote the interest of a particular section or group of society. Trade unions, business associations and professional (lawyer, doctor, teacher etc) bodies are some examples of this type. They are sectional because they represent a section of society. Their principal concern is the betterment and well being of their members. Sometimes these organizations represent the interests of some common or general interest of society which needs to be defended. The members of this organization may not benefit from the cause that it represents. FEDECOR is such an example. These second type of groups are called promotional groups or public interest group. As in case of interest groups the groups involved with movements also include a very wide variety. Most of the movements are issue specific that seek to achieve a single or generic movement to achieve a broad goal in the very long term. In India Narmada Bachao Andolan is a good example of this kind of movement.

(ii) What are public interest groups?
Ans. Those groups whose aim is to help groups other than their own.

(iii) Which type of group will be ‘Chipko movement’
Ans. Issue specific 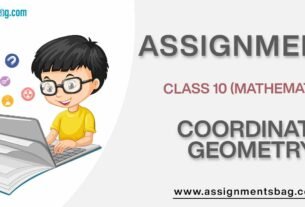 Assignments Class 10 Social Science The Rise of Nationalism in Europe 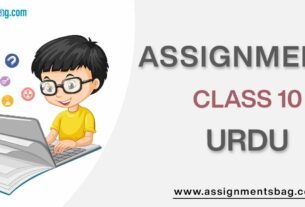