Please refer to the Sexual Reproduction in Flowering Plants Revision Notes given below. These revision notes have been designed as per the latest NCERT, CBSE and KVS books issued for the current academic year. Students will be able to understand the entire chapter in your class 12th Biology book. We have provided chapter wise Notes for Class 12 Biology as per the latest examination pattern.

Students of Class 12 Biology will be able to revise the entire chapter and also learn all important concepts based on the topic wise notes given below. Our best teachers for Grade 12 have prepared these to help you get better marks in upcoming examinations. These revision notes cover all important topics given in this chapter.

POLLINATION
Pollination refers to transfer of pollen grains from anther to stigma of a ower. It is of two type: self pollination and
cross pollination.

Pollen – Pistil Interaction
Pollen – pistil interaction is a safety measure to ensure that illegitimate crossing do not occur. It checks the promotion or inhibition of pollen growth. Pollen grains of a number of plants may settle over a stigma but only the right pollen belonging to same species would germinate while others fail to do so. Compatibility and incompatibility of the pollen-pistil is determined by special proteins. The compatible pollens are able to absorb water and nutrients from the surface of the stigma. They germinate and produce pollen tubes. Pollen tubes grow into the style. Their growth and path through the style are also determined by specific chemicals.

POST-FERTILISATION : STRUCTURE AND EVENTS
The events of endosperm and embryo development, maturation of ovule(s) into seeds and ovary into fruit, are collectively termed as post-fertilisation events. 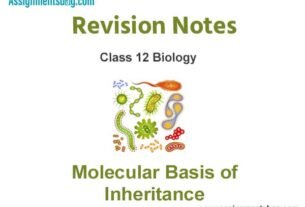