Please refer to the following Chapter 6 The Browning Version MCQ Questions Class 11 English with solutions for all important topics in the chapter.

Question. How is Mr. Crocker-Harris different from other teachers?
(a) As he is not biased
(b) As he is strict
(c) As he is old
(d) As he is rude

Question. Select the central thematic concern of the play, from the given options.
I. The uniqueness of Mr. Crocker-Harris
II. The bad behaviour of Taplow
III. Mrs. Crocker Harris’s shopping list
IV. The play ‘Agamemnon’
(a) II and III
(b) II and I
(c) Only I
(d) III and IV

Question. ‘‘Yes, sir, and I might be playing golf. You’d think he’d have enough to do anyway himself, considering he’s leaving tomorrow for good — but oh no, I missed a day last week when I was ill — so here I am — and look at the weather, sir.’’
In the given lines, Taplow sounds ………
(a) Despairing
(b) Disdainful
(c) Bitter
(d) Regretful

Question. What is Taplow doing on the last day of school?
(a) Extra work
(b) Can’t say
(c) Passing time
(d) Doing his homework

Question. Why did Taplow call Mr. Crocker – Harris ‘hardly human’?
(a) Because he is a sadist
(b) He does not show any emotions
(c) He is very rude to everyone
(d) He finds peace in failing students

Question. Whatwas Frank’s reaction whenMrs Crocker-Harris entered the classroom?
(a) He was happy
(b) He was nervous
(c) He was relieved
(d) Nothing unusual

Question. Why was Taplow worried that Mrs. Crocker-Harris might have heard what they were saying?
(a) As she had been standing for a few minutes when they were busy talking
(b) As she interrupted them talking about her husband
(c) As she heard them talking about the Principal
(d) It is unclear why he was worried

Question. Select the option that correctly describes Frank.
I. Friendly II. Lenient
III. Humourous IV. Disrespectful
V. Uninterested
(a) All but IV
(b) I, II and III
(c) III and V
(d) All but II

Question. Why is Taplow waiting for his teacher, Mr. Crocker-Harris?
(a) To apologise to him
(b) To talk about Frank
(c) To receive his result
(d) To give him a present

Question. Select the option that lists the characteristics displayed by Taplow.
I. Obedient II. Strange
III. Unempathetic IV. Straight Forward
V. Respectful
(a) All but V
(b) I, IV and V
(c) II and III
(d) All but II

Question. Select the suitable option for the given statements, based on your reading of ‘The Browning Version’.
(i) Taplow did not really hate the play ‘Agamemnon’ by Aeschylus.
(ii) Taplow disliked the way Crocker Harris taught the play.
(a) (i) is false but (ii) is true.
(b) Both (i) and (ii) are true.
(c) (ii) is a fact but unrelated to (i).
(d) (i) is the cause for (ii). 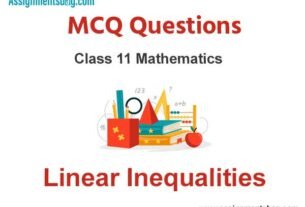