Please refer to the following Chapter 4 Nouns MCQ Questions Class 4 English with solutions for all important topics in the chapter.

Question. Choose the correct noun represented by the pictures given below.

Question. Match the phrases with the given words.

Question. Choose the correct noun represented by the pictures given below.

Question. There are a few Proper, Common, Material, Collective and Abstract noun are hidden in the grid. Find them and then answer the questions below.

Question. Choose the correct option for the collective nouns.

Read the passage and answer the following questions.

Christopher Columbus was born in Genoa, Italy in 1451. While spending most of his early years at sea, Columbus began to believe that he could find a shortcut to the Indies by sailing west across the Atlantic Ocean. Unfortunately, the King of Portugal refused to finance such a trip, and Columbus was forced to present his idea to the King and Queen of Spain. In 1492, King Ferdinand and Queen Isabella agreed to pay for his trip. They gave him a crew and three ships, the Nina, Pinta and Santa Maria. Columbus sailed aboard the Santa Maria.
The trip was long and hard. Many sailors grew restless and wanted to turn around. After two months at sea, land was finally sighted. The ships docked on the island of Hispaniola. Columbus named the native people he saw “Indians”, because he believed he had found the shortcut he was looking for. In actuality, Columbus found North America, a brand new continent at that time. Columbus, however, couldn’t be convinced. He died with the belief he had found the shortcut to the Indies. Soon, however, other explorers and nations understood the importance of his discoveries.

Question. In the last but one line of this passage, which word is the abstract noun?
(a) died
(b) belief
(c) shortcut
(d) Indies

Question. Which is NOT true?
(a) Columbus was born in Italy.
(b) Columbus received three ships and a crew from the King and Queen of Spain.
(c) Columbus found a shortcut to the Indies.
(d) The journey across the Atlantic took two months

Question. Where was Christopher Columbus born?
(a) The New World
(b) Portugal
(c) Spain
(d) Italy

Question. Which of the following was NOT one of his ships?
(a) Nina
(b) Isabella
(c) Pinta
(d) Santa Maria

Read the passage and fill up the correct option.

Green is a beautiful colour! In nature, the 1.______ that you walk on is green and the 2.______ that you see on trees are usually green. Most of the plants that you see are green
too! Frogs are green and many grasshoppers are green too. Turtles are different shades of green. Did you know that you can make green 3.______ by mixing blue and yellow? Because you can make green my mixing two primary colours, it is called a secondary colour. Green is also the name used to describe the movement to make products that do not harm the 4.______. Green products are often those made from recycled 5.______ or those that are safe to throw out in the 6.______. 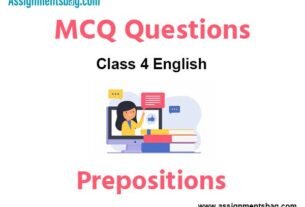 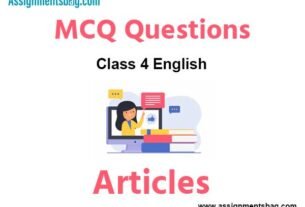 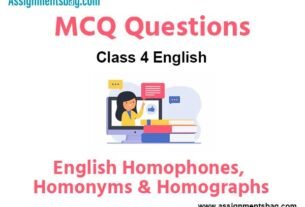