Please refer to the following Chapter 10 Comparative development Experiences Of India and Its Neighbors MCQ Questions Class 11 Economics with solutions for all important topics in the chapter.

Question. Per capita income is highest in
a) India
b) Pakistan
c) China
d) None

Question. Growth rate of population is highest in which of the following country?
(a) India
(b) China
(c) Pakistan
(d) None of these

Question. Public sector was assigned a key role in the process of growth in India and Pakistan because:
(a) both the economies needed a big push of investment
(b) partition of the country had rendered both of them as laggard economies
(c) both (a) and (b)
(d) none of these

Question. With which of the following concepts is commune system associated?
(a) Industrialisation
(b) Human rights
(c) SEZs
(d) Equal distribution of land

Question. Which of the following countries has introduced one-child norm?
(a) China
(b) India
(c) Pakistan
(d) Bangladesh

Question. Which of the following countries ranks first in the development experience?
(a) India
(b) China
(c) Pakistan
(d) None of these

Question. A campaign in China in 1958 where people were encouraged to set up industries in their backyard was named as:
(a) Great leap forward
(b) Great proletarian cultural revolution
(c) Anti-rightist movement
(d) Four pests campaign

Question. In which of the following areas, Pakistan has an edge over India?
(a) Export of software after economic reforms
(b) Number of Ph.D.’s produced in science and engineering every year
(c) Reducing the proportion of population below poverty line
(d)All the above

Question. Which of the following observations highlight the common success story of India and Pakistan?
(a) Both have succeeded in more than doubling their per capita incomes
(b) Food production has failed to keep pace with the rise in population
(c) Food sufficiency has been accompanied with improved nutritional status
(d) Both (a) and (c)

Question. According to demographic parameters, the density of population is lowest in:
(a) China
(b) India
(c) Pakistan
(d) Both (b) and (c)

Question. China moving ahead of India and Pakistan is true for which indicator?
(a) GDP per capita
(b) Proportion of population below poverty line
(c) HDI ranking
(d) All the above

Question. With respect to ‘Statism’ as a model of growth adopted by China, choose the correct statement.
(a) Ownership of all resources vested with the state
(b) The private sector was the deciding authority with respect to what to produce, how to produce and for whom to produce
(c) State was to maintain the population
(d) None of these

Question. Which of the following is not an indicator of human development?
(a) Density of population
(b) GDP per capita
(c) Literacy rate
(d) Life expectancy at birth

Fill In The Blanks

Question. ____________ has established a substantial lead over India in terms of GDP growth and structural transformation. (China/Pakistan)

Question. China has recently started moving towards a _________ (Democratic/Dictatorship).

Question. In the strategy of growth of India and Pakistan, _________sector was assigned the secondary role of pushing the process of growth. (public/private)

Question. The relative success of China is credited to ________stability in China. (social/political)

Question. In India, agricultural reforms have been far less effective than in China.

Question. In terms of sectoral contribution to GDP, Chinese economy is relying more on secondary sector.

Question. All the three countries China, India and Pakistan relied on public sector as the core sector of the economy.

Question. China’s growth is mainly contributed by the industrial sector and India’s growth by service sector.

Question. In all the three economies, the industry and service sectors have less proportion of workforce but contribute more in terms of output.

Question. Economic reforms in Pakistan were different from those undertaken in India.

Question. Availability of cheap labour force has given China a comparative cost advantage.

We hope you liked the above provided MCQ Questions Chapter 10 Comparative development Experiences Of India and Its Neighbors Class 11 Economics with solutions. If you have any questions please ask us in the comments box below. 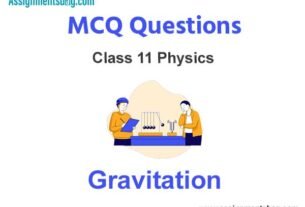 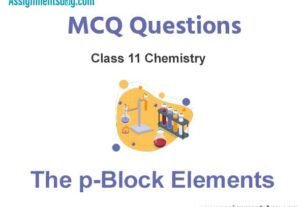