Question. What is meant by ‘Political Party’ ?
Ans : A political party is a group of people come together to contest elections to hold power in the government.

Question. What is the guiding philosophy of Bharatiya Janata Party?
Ans : a. Cultural nationalism
b. India’s ancient culture and values

Question. In Which one of the following states does ‘Shiv Sena’ exist as a regional party.
(a) Gujarat
(b) Karnataka
(c) Maharashtra
(d) Madhya Pradesh
Ans. (c) Maharashtra

Question. Describe any three main features of Two-Party system.
Ans : Main features of two-party system:
a. Power usually changes between two parties, several other parties may exist.
b. In such system, people get clear choice,
c. The party that wins majority forms the government and the other sits in opposition.
d. Strong opposition is good for democracy.
e. Prompt decisions are taken and implemented. f. More development and less corruption.

Question. What is meant by ‘defection’ in democracy? Explain.
Ans : a. Detection in politics means moving of a person from one party to another party for some personal benefit. It means changing party allegiance from the party on which a person got elected to a different part
b. It happens when a legislature, after having been elected from a particular party leaves it and joins in other party.
c. The Constitution was amended to prevent elected MLA’s and MP’s from changing parties. Now the law says that if any MLA and MP changes parties, he or she will lose seat in the legislature.
d. The new law has brought defection down and has made dissent even more difficult.

Question. Which three challenges do you feel are being faced by political parties in India ? Give your Opinion.
Ans : The three challenges faced by political parties in India are:
a. Lack of internal democracy.
b. Challenge of dynastic succession.
c. Growing role of money and muscle power.
d. Often parties do not seem to offer a meaningful choice to the voters.

Question. How can common man help to improve political Parties?
Ans. Some Suggesstion are as:
• By promoting Public Participation.
• By pressuring on Political parties.
• Candidate with criminal background should be defeated in Elections.
• Candidate with clean image should be promoted by Public.

Question. Explain any four problem areas in the working of political parties.
Ans : a. Lack of internal democracy: The first challenge is lack of internal democracy within parties. Concentration of power in one or few leaders at the top.
b. Dynastic succession: Favour people close to them or even their family members. In many parties, the top positions are always controlled by members of one family.
c. Money and muscle power: The third challenge is about growing role of money and muscle power in parties, especially during elections.
d. Meaningful choice: The fourth challenge is that very often parties do not seem to offer a meaningful choice to the voters.

Question. “All over the world, people express their dissatisfaction with the failure of political parties to perform their functions well.” Analyse the statement with arguments.
Ans : Popular dissatisfaction and criticism has focused on four areas in the working of political parties. Political parties need to face and overcome these challenges in order to remain effective instruments of democracy.
a. Lack of internal democracy within parties.
b. Dynastic succession.
c. Growing role of money and muscle power in parties.
d. There is not a meaningful choice to the voter.

Question. “Lack of internal democracy within parties is the major challenge to political parties all over the world.” Analyse the statement.
Ans : There are various reasons for lack of democracy within the political parties in India:
a. Concentration of power in one or few leaders at the top.
b. Details of membership are not registered in the parties.
c. No organizational meetings.
d. No internal elections for membership within the party.
e. Top leaders have unanimous power of decision making. 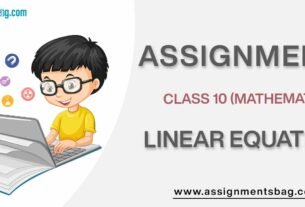