Please refer to the following Chapter 5 Laws of Motion MCQ Questions Class 11 Physics with solutions for all important topics in the chapter.

Question. On a smooth plane surface (figure) two block A and B are accelerated up by applying a force 15 N on A. If mass of B is twice that of A, the force on B is

Question. In the system shown in figure, the pulley is smooth and massless, the string has a total mass 5g, and the two suspended blocks have masses 25 g and 15 g. The system is released from state l = 0 and is studied upto stage l’= 0 During the process, the acceleration of block A will be

Question. A mass is hanging on a spring balance which is kept in a lift. The lift ascends. The spring balance will show in its readings
(a) an increase
(b) a decrease
(c) no change
(d) a change depending on its velocity

Question. A particle of mass m moving eastward with a speed v collides with another particle of the same mass moving northward with the same speed v. The two particles coalesce on collision. The new particle of mass 2m will move in the north external direction with a velocity :
(a) v/2
(b) 2v
(c) v / 2
(d) None of these

Question. A cart of mass M has a block of mass m attached to it as shown in fig. The coefficient of friction between the block and the cart is m. What is the minimum acceleration of the cart so that the block m does not fall?

Question. A rider on a horse back falls forward when the horse suddenly stops. This is due to
(a) inertia of horse
(b) inertia of rider
(c) large weight of the horse
(d) losing of the balance

Question. A ball of mass m is thrown vertically upwards. What is the rate at which the momentum of the ball changes?
(a) Zero
(b) mg
(c) Infinity
(d) Data is not sufficient.

Question. Two mass m and 2m are attached with each other by a rope passing over a frictionless and massless pulley. If the pulley is accelerated upwards with an acceleration ‘a’, what is the value of T?

Question. A small block is shot into each of the four tracks as shown below. Each of the tracks rises to the same height. The speed with which the block enters the track is the same in all cases. At the highest point of the track, the normal reaction is maximum in

Question. A weight W rests on a rough horizontal plane. If the angle of friction be θ , the least force that will move the body along the plane will be
(a) W cos θ
(b) W cot θ
(c) W tan θ
(d) W sin θ

Question. A particle starts sliding down a frictionless inclined plane. If Sn is the distance traveled by it from time t = n – 1 sec to t = n sec, the ratio Sn/Sn+1 is

Question. A block is kept on a inclined plane of inclination θ of length l . The velocity of particle at the bottom of inclined is (the coefficient of friction is μ )

Question. A block of mass m on a rough horizontal surface is acted upon by two forces as shown in figure. For equilibrium of block the coefficient of friction between block and surface is

Question. Two blocks of masses 2 kg and 1 kg are placed on a smooth horizontal table in contact with each other. A horizontal force of 3 newton is applied on the first so that the block moves with a constant acceleration. The force between the blocks would be
(a) 3 newton
(b) 2 newton
(c) 1 newton
(d) zero

Question. Fig. shows a uniform rod of length 30 cm having a mass of 3.0 kg. The strings shown in the figure are pulled by constant forces of 20 N and 32 N. All the surfaces are smooth and the strings and pulleys are light. The force exerted by 20 cm part of the rod on the 10 cm part is

Question. Consider the system shown in fig. The pulley and the string are light and all the surfaces are frictionless. The tension in the string is (take g = 10 m/s2)

Question. The elevator shown in fig. is descending with an acceleration of 2 m/s2. The mass of the block A = 0.5 kg. The force exerted by the block A on block B is

Question. In the figure a smooth pulley of negligible weight is suspended by a spring balance. Weight of 1 kg f and 5 kg f are attached to the opposite ends of a string passing over the pulley and move with acceleration because of gravity, During their motion, the spring balance reads a weight of

Question. A rocket has a mass of 100 kg. Ninety percent of this is fuel. It ejects fuel vapors at the rate of 1 kg/sec with a velocity of 500 m/sec relative to the rocket. It is supposed that the rocket is outside the gravitational field. The initial up thrust on the rocket when it just starts moving upwards is
(a) zero
(b) 500 newton
(c) 1000 newton
(d) 2000 newton

Question. A 40 kg slab rests on frictionless floor as shown in fig. A 10 g block rests on the top of the slab. The static coefficient of friction between the block and slab is 0.60 while the kinetic friction is 0.40. The 10 kg block is acted upon by a horizontal force of 100 N. If g = 9.8 m/s2, the resulting acceleration of the slab will be:

Question. Two blocks are connected over a massless pulley as shown in fig. The mass of block A is 10 kg and the coefficient of kinetic friction is 0.2. Block A slides down the incline at constant speed. The mass of block B in kg is:

Question. One end of massless rope, which passes over a massless and frictionless pulley P is tied to a hook C while the other end is free. Maximum tension that the rope can bear is 360 N. With what value of maximum safe acceleration (in ms–2) can a man of 60 kg moves downwards on the rope? [Take g = 10 ms–2]

Question. Blocks A and B of masses 15 kg and 10 kg, respectively, are connected by a light cable pas

Question. A force F is used to raise a 4-kg mass M from the ground to a height of 5 m.

Question. A bucket tied at the end of a 1.6 m long string is whirled in a vertical circle with constant speed. What should be the minimum speed so that the water from the bucket does not spill when the bucket is at the highest position?
(a) 4 m/sec
(b) 6.25 m/sec
(c) 16 m/sec
(d) None of the above

Question. A circular road of radius r in which maximum velocity is v, has angle of banking

Question. A small sphere is attached to a cord and rotates in a vertical circle about a point O. If the average speed of the sphere is increased, the cord is most likely to break at the orientation when the mass is at
(a) bottom point B
(b) the point C
(c) the point D
(d) top point A

Question. A hemispherical bowl of radius R is rotating about its own axis (vertical) with an angular velocity ω. A particle of mass 10–2 kg on the frictionless inner surface of bowl is also rotating with the same angular velocity.
The particle is at a height h from botton of bowl. The condition to be satisfied to have a non-zero value of h is
(a) ω > √g/R
(b) ω < √g/R
(c) ω > √R/g
(d) ω =  R/g

Question. Pulley and string shown in the figure are massless and frictionless. Tension in the string will be

Question. Figure shows two blocks of masses 5 kg and 20 kg connected by a light, inextensible string passing over a smooth pulley of mass 10 kg. An upward pulling force is applied on the pulley as shown. The reaction force between 5 kg block and ground is

Question. A block of mass 2 kg is kept on horizontal surface with coefficient of friction as indicated in figure. A horizontal time varying force F = (2 + t)N starts acting on the block at t = 0. Find the time after which the block begins to slide (g = 10 ms–2)

Question. A uniform rope of mass M and length L is hanging from the ceiling inside a lift going vertically upward with a constant acceleration a. The tension in the rope at a distance x (x < L) below its upper end is

Question. Two masses M1 and M2 of mass 2 kg and 7 kg respectively attached to massless and frictionless pulleys with light string as shown. Tension in string will be

Question. A wedge and block having masses 10 kg and 2 kg respectively shown in figure. A force F is applied on the wedge towards left so that block falls freely. At time of falling, contact force between wedge and block is

Question. Two masses m1 and m2 are connected by massless string as shown in figure. If both are moving in a circle with same angular speed and T1 and T2 are tensions in the strings, then

Question. In given figure a body of mass 10 kg placed on a rough horizontal surface of coefficient friction of

Question. A block of mass 1 kg is placed on a rough horizontal surface. Find acceleration of body if horizontal force F = 10 N applied on it. (Initially block is at rest)

Question. Free body diagram of a block of mass m at rest on an unlevelled ground as shown in figure is

Question. A block of mass 10 kg is at rest on a rough surface coefficient of friction μ = 0.6, then downward acceleration of body is

Question. Two block A & B are placed as in figure (mA < mB).
A force F acts on block A towards left. Friction force acting on B due to A block is in direction [μ is friction coefficient between A & B]

Question. A car is accelerating horizontally with acceleration a towards left. A bob of mass m suspended from its roof by a string. The angle made by string from vertical at equilibrium is
(a) sec–1 (g/a)
(b) tan–1 (g/a)
(c) tan–1 (a/g)
(d) cot–1 (a/g)

Question. On a highway at a horizontal sharp turn of radius 20 m a sign board indicate that the maximum speed of vehicles will be 20 m/s. The minimum coefficient of friction between tyres of vehicle and road is
(a) 0.02
(b) 0.2
(c) 2
(d) 20

We hope you liked the above provided MCQ Questions Chapter 5 Laws of Motion Class 11 Physics with solutions. If you have any questions please ask us in the comments box below. 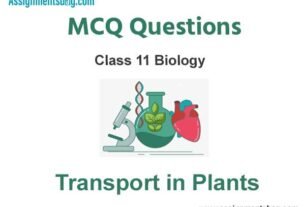 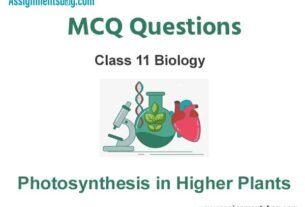