Please refer to the following Chapter 2 Sectors of The Indian Economy MCQ Questions Class 10 Social Science with solutions for all important topics in the chapter.

Question. Which of the following profession belongs to the Tertiary Sector of economy?
(a) Fisherman
(b) Farmer
(c) Factory worker
(d) Teacher

Question. Arrange the following in the correct sequence:
i. Transporting cloth to the workshops
ii. Sale in shops and showrooms
iii. Spinning the yarn
iv. Weaving of the fabric
Options:
(a) i–iv–iii–ii
(b) iii–iv–i–ii
(c) iv–i–ii–iii
(d) iii–iv–ii–i

Question. Which is not a characteristic of unorganised sector?
(a) Small and scattered units which are largely outside the control of the government
(b) Rules and regulations are not followed
(c) Jobs here are high-paid and often regular
(d) No provision for overtime, paid leave, holidays, medical leaves.

Question. Observe the picture and answer the question.
Which sector does the worker in given cartoon represents?
(a) Primary
(b) Secondary
(c) Tertiary
(d) None

Question. Study the picture below and identify to what sector does the activity belong to:
(a) Primary sector
(b) Secondary sector
(c) Tertiary sector
(d) None of these

Question. Employment figures of a country are based on data collected from 5-yearly survey on employment and unemployment. Which organisation conducts this survey?
(a) NSSO—National Sample Survey Organisation
(b) NREGA 2005—National Rural Employment Guarantee Act, 2005
(c) ILO—International Labour Organisation
(d) Census of India

Question. Identify the natural product from the list of items given below:
(a) Textile
(b) Wheat flour
(c) Cotton
(d) Tomato sauce

Question. Which of the following examples does not fall under unorganized sector?
(a) A farmer irrigating his field.
(b) A daily wage labourer working for a contractor.
(c) A doctor in a hospital treating a patient.
(d) A handloom weaver working on a loom in her house.

Question. Identify the correct answer from the alternatives provided.
Both Tisco and Reliance Industries are owned by …………..:
(a) The government
(b) Private company
(c) A cooperative society
(d) Jointly by private companies and the govt.

Question. Which sector has emerged as the largest producing sector in India. Select one from the following alternatives:
(a) Secondary sector
(b) Tertiary sector
(c) Primary sector
(d) Science and Technology sector

Question. Where will you find the disguised unemployment most? Select the correct option from those given below:
(a) Among agricultural workers working for small farm lands.
(b) Among part-time industrial workers.
(c) In most of the government offices.
(d) In big private companies.

Question. How do big private companies contribute in the development of a nation?
(a) By increasing the demands for their products through advertisements.
(b) By increasing their profits.
(c) By increasing productivity of the country in the manufacturing of industrial goods.
(d) By providing private hospital facilities for the rich.

Question. Assertion (A) : Not every good or service that is produced and sold needs to be counted to know the total production in each sector.
Reason (R) : The value of final goods already includes the value of all the intermediate goods.

Question. Assertion (A) : GDP (Gross Domestic Product) shows how big the economy is.
Reason (R) : GDP of a country is the value of all intermediate goods and services produced within a country during a particular year.

Question. Assertion. In India, over the forty years between 1973-74 and 2013-14, while production in all the three sectors has increased, it has increased the most in the tertiary sector.
Reason. Tertiary sector is the only organised sector in the economy so the government spends a lot of money for creating jobs in tertiary sector.

Question. Assertion. The development of agriculture and industry leads to the development of service sector.
Reason. As the primary and secondary sectors develop, the demand for transport, storage structures, banks, insurance, etc., increases.

Question. Assertion. GDP shows how big an economy is.
Reason. GDP is the value of all goods and services produced within the domestic territory of a country in a year.

Question. Assertion. Leela works five days a week, receives her income on the last day of each month and gets medical facilities from her firm.
Reason. Leela is working in an organised sector.

Question. Assertion. In India, the primary sector is the largest employer.
Reason. The demand for services has increased enormously.

Question. Assertion. An individual who manufactures flour from wheat is engaged in primary sector.
Reason. When some process of manufacturing is used the product is a part of secondary sector.

Question. Assertion. Rakesh is an educated and skilled worker who earns a high monthly salary as he is employed in a private bank in a city.
Reason. All service sectors in India are growing extremely well and each individual engaged in any kind of tertiary activity earns a high income.

Question. Assertion. Mohan is a shopkeeper who pays his taxes on time. He has employed two workers Rakesh and Raghu in his shop. He pays them well, however, none of the workers get any paid leaves in the year.
Reason. Rakesh and Raghu are employed in unorganised sector.

Case/Source Based Questions
1. In contrast, Kamal works in the unorganised sector. The unorganised sector is characterised by small and scattered units which are largely outside the control of the government. There are rules and regulations but these are not followed. Jobs here are low-paid and often not regular. There is no provision for overtime, paid leave, holidays, leave due to sickness etc. Employment is not secure. People can be asked to leave without any reason. When there is less work, such as during some seasons, some people may be asked to leave. A lot also depends on the whims of the employer. This sector includes a large number of people who are employed on their own doing small jobs such as selling on the street or doing repair work. Similarly, farmers work on their own and hire labourers as and when they require.

(iv) Organised sector does not follow any rules and regulations. (True/False)

2. As the methods of farming changed and agriculture sector began to prosper, it produced much more food than before. Many people could now take up other activities. There were increasing number of craftpersons and traders. Buying and selling activities increased many times. Besides, there were also transporters, administrators, army etc. However, at this stage, most of the goods produced were natural products from the primary sector and most people were also employed in this sector. Answer the following MCQs by choosing the most appropriate options:

(iv) Majority of people in India are still engaged in ……………. .
(a) Manufacturing
(b) Trading
(c) Farming
(d) Transporting

3. Study the data given in the table and answer the following MCQs by choosing the most appropriate options:

(iii) What is the secondary sector?
(a) Production of a good by exploiting natural resources.
(b) Activities in which natural products are changed into other forms through ways of manufacturing.
(c) Activities, by themselves, do not produce a good but they are an aid or support for the production process.
(d) Mineral excavation

4. We must realise that some of the suggestions discussed above would take a long time to implement. For the short-term, we need some quick measures. Recognising this, the central government in India made a law implementing the Right to Work in about 625 districts of India. It is called Mahatma Gandhi National Rural Employment Guarantee Act 2005.
Answer the following MCQs by choosing the most appropriate options:

(i) Right to work means:
(a) All the women even if they are unskilled should be given jobs.
(b) Only men should be provided jobs as they are the head of the family.
(c) All the people who are capable of working should be given opportunity to work.
(d) All of these.

(ii) Provision which does not come under MGNREGA 2005 is ……………. .
(a) People in Rural areas given 100 daysgu aranteed employment.
(b) Government can give unemployment allowance to people.
(c) People can go to urban areas as well for employment.
(d) All of these

(iii) Govt. can remove poverty by giving money to poor people. (Ture/False) [False
(iv) MGNREGA 2005 was implemented in ……….. .
(a) Only the villages.
(b) Patches of forests or large forests that have been left untouched by the local people.
(c) The area that are under government control.
(d) Local communities to take care of them.

(iii) GDP stands for Gross Domestic Product, what does it show? Pick up the correct statement given below:
(a) It shows how big is the economy of a Country in a given year in terms of its total output.
(b) It shows what the total product of a country in a given year is without counting the country’s total resources.
(c) It shows the number of people involved in production in a particular year.
(d) It shows the total value of trade transactions of a country in a particular year.

Question. When we produce goods by exploiting natural products, it is an activity of the ………………. .

Question. The ……………………. sector has become most important in terms of share of the total production in developed countries.

Question. In the ………………. sector, the government owns most of the assets and provides allthe se rvices.

Question. Fill the blanks in table with correct answer:

Question. ……………………. is an example of an unorganized sector activity.

Question. When was MGNREGA passed?

Question. Match the following occupations in column A with their sectors in column B:

Question. Match the following sectors in column A with their status given in column B:

We hope you liked the above provided MCQ Questions Chapter 2 Sectors of The Indian Economy Class 10 Social Science with solutions. If you have any questions please ask us in the comments box below. 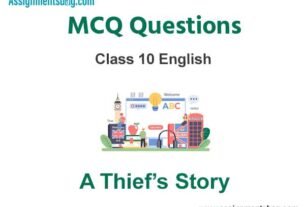 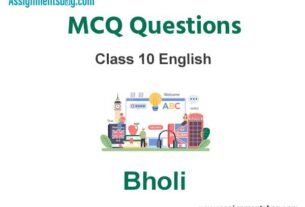